20 new cadets are added to the KSF 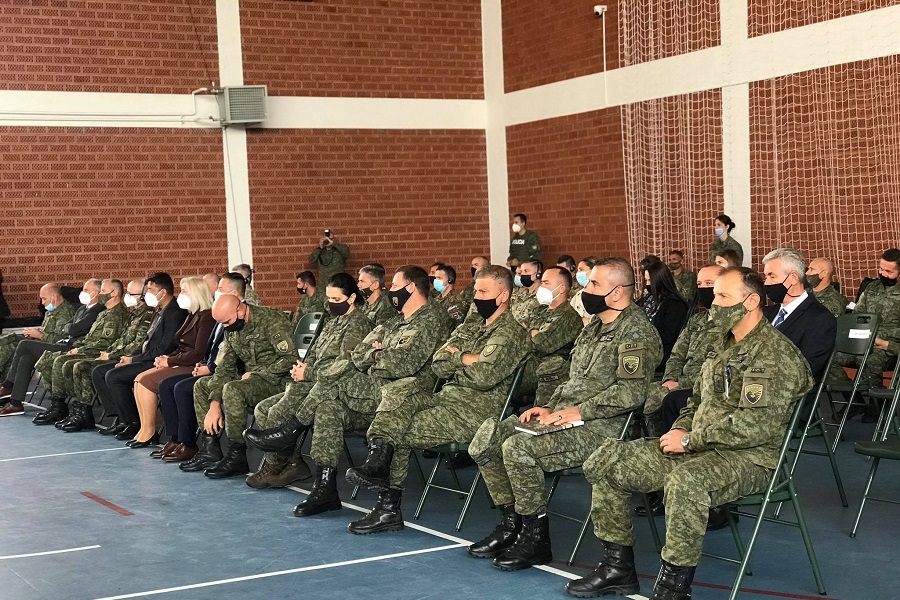 Twenty new cadets have been added to the Kosovo Security Force. They were sworn in today and four years later are expected to be certified KSF officers. From the new cadets, the superiors demanded commitment and work for the homeland in defense of the Constitution of Kosovo.

The Minister of Defense, Armend Mehaj at the swearing-in ceremony said that all the people will be proud of the new cadets.

“Here the best of the best were selected. The whole people and the nation will be proud of them. Honorable cadets, you will be prepared with a professional career in the service of the homeland… you must gain the necessary military, moral, physical and ethical developments. I expect you to be disciplined cadets and to come out valuable for the nation and the homeland, to raise our flag high and to work night and day for the future of our precious country “, said Minister Mehaj.

The Deputy Commander of the Kosovo Security Force, General Enver Cikaqi said that the Center for University Studies has already established its history with the training of officers.

“In your life you are doing the noblest action by preparing for the protection of citizens and contributing to a better and safer world. I ask you for maximum commitment, knowledge, to give the best of yourself. “I expect you to show initiative, leadership and a high standard of physical training”, said General Cikaqi.

While the commander of QSU, Major Ali Haxhimustafa said that the cadets who were sworn in today, four years later will be competent officers with whom the Force will be proud.

“With our work and their commitment, these cadets after four years will be competent officers with whom we will all be proud. “A lot is expected from you during the four-year schooling, when you graduate you are expected to defend the country and the Constitution of Kosovo”, he said.

A Colorado Town Is About as Vaccinated as It Can Get. Covid Still Isn’t Over There.