A fireplace within the Chinese language buying heart in Block 70, a struggle for a number of hours to include the flames 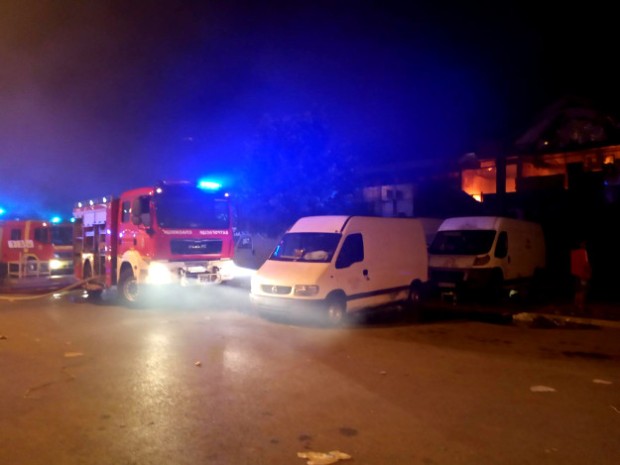 After seven hours of fighting, the fire is under control

After more than seven hours of fighting the fire, the firefighters managed to control the fire that broke out in the shopping center in Belgrade’s Block 70, reports the RTS reporter.

The fire was extinguished by 127 firefighters with more than 50 vehicles.

According to the words of the commander of the Belgrade Fire Brigade, Miloš Majstorović, this is one of the biggest actions that the brigade has ever carried out.

In some places, another bar in the shopping center is burning, and it is expected that there will be fires in some places during tomorrow as well.

Complete firefighting could take another two or three days.

An RTS reporter reports that the spread of the fire to the rest of the Chinese shopping center has been stopped, but that the fire is still smoldering on the ground floor.

There are still a lot of gathered citizens.

The smoke goes up and doesn’t spread. At the place where the fire started, it was completely extinguished, reports the RTS reporter.

The extinguishing of the fire in the Chinese shopping center in Block 70 in New Belgrade lasted for several hours after the outbreak, and the fire crews managed to stop its spread to the surrounding facilities.

According to the RTS reporter, several detonations could be heard, and the good circumstance is that the fire did not affect the parking lot where there are vehicles full of goods.

Firefighters were called at 20.05 and five vehicles and 23 firefighters from the units of Zemun, Voždovac and Zvezdara were sent to the field in six minutes, the Ministry of the Interior said.

In the meantime, more vehicles arrived, so more than 50 vehicles were used in extinguishing the fire.

Flames erupted from the central part of the shopping center throughout the evening and black smoke billowed.

For now, according to the ambulance doctor, no one was injured.

Police confirmed to RTS that no one was in the facility.

Luka Čaušić, acting Assistant Minister of the Interior and Head of the Sector for Emergency Situations told Novosti that the teams on the ground are doing their best to save part of the shopping center, but the situation is difficult and uncertain.

He emphasized that during the extinguishing of the fire, the fire spread to the roof of the building.

“The fire engulfed easily combustible material and fabrics. The situation is further aggravated by the fact that the shopping center, ie the part where the roof is full of goods. Firefighters are in danger because the facility is full of gas bottles,” Causic said. now there is no information that there are victims.

The thick smoke that was felt forced the residents of Block 70 to leave the apartments and see what it was about, so hundreds of people gathered in front of the shopping center during the evening.

Among them were Chinese citizens whose shops are located in the mall and who could only helplessly watch the flames engulf their goods.

It is speculated that the fire most likely broke out in one of the mall’s restaurants.

The mask is in effect, but not being implemented