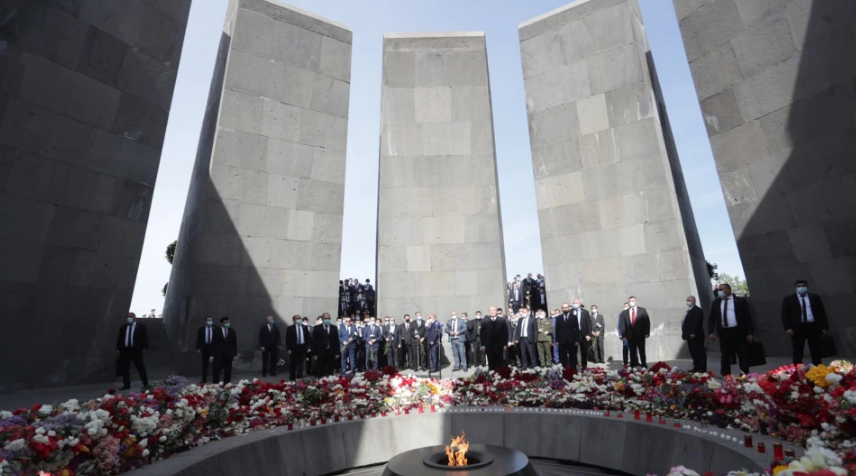 US President Joe Biden is expected to make an announcement on April 24, amid speculation that he will recognize as genocide the massacre of Armenians by the Ottoman Empire during World War I.

Biden, during his time as US presidential candidate, had vowed that if elected president, he would take a major symbolic step in this direction. He is expected to issue a statement on April 24, the day Armenians mark Genocide Remembrance Day.

During World War I, the Ottoman Turks killed or deported 1.5 million Armenians – a Christian minority in the Muslim-majority empire. Many history and other countries, including France and Germany, consider the killings of Armenians as genocide.

Armenians have for decades urged governments around the world to recognize the killing and deportation of Armenians as genocide, a term that has been opposed by Turkey.

The White House announced the day before that Biden had talked with Turkish President Recep Tayyip Erdogan.

Reuters quoted sources familiar with the conversation as saying that Biden had told Erdogan that he wanted to recognize the mass murder and sentencing of Armenians as genocide.

Ankara insists the killing of Armenians was the result of civil clashes and that it was not a planned attempt by the Ottoman government to exterminate Armenians.

The US Congress in 2019 had recognized the Armenian genocide, but the administration of President Donald Trump, had made it clear that it would maintain the status quo on this issue.

Kurti: We are at the end of finalizing the governing plan, when I return from Brussels we will present it to the parliament for approval – Latest News