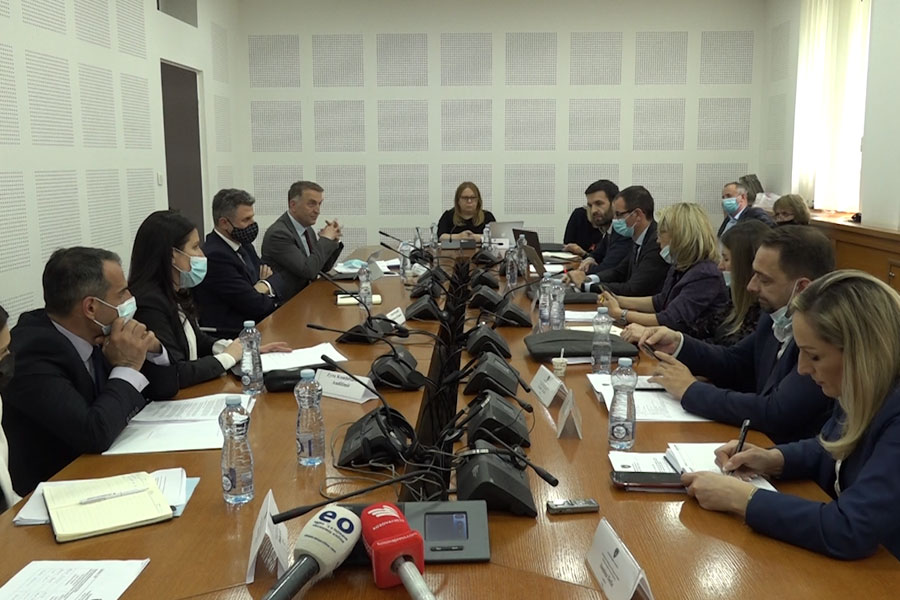 The Chairwoman of the Public Finance Oversight Committee, Hykmete Bajrami, said that in the absence of an investment strategy and coordination, all institutions have been unable to monitor investments in this sector.

According to her, it needs to be an institution responsible for technological investments made by Kosovo institutions.

She said that in the absence of a strategy, both the local and central level have made costly investments.

“Since the institutions did not have a general strategy for investment and coordination, then this work has become very difficult. In 2016, the Information Society Agency drafted a strategy which it failed to approve after receiving comments from the Office for Strategic Planning, which is part of the Office of the Prime Minister. Whereas, other institutions that are part of this Audit report do not have strategies for investing in technology. The lack of strategy within ASHI has made it impossible to monitor and coordinate investments in this sector…. 02’39 ”Such is the situation in all institutions, both in the central ones and at the local level. I know that 2019 was an election year but also the pandemic I can not say that much has been done in this regard because there were other priorities it is good that the findings of this report are taken into account by Kosovo institutions especially now that the Government of Kosovo is on the eve of drafting a four-year governing plan. I believe that there should be institutions which should be responsible for the investments made at the central and local level but also for their monitoring “, he said.

The Minister of Internal Affairs, Xhelal Sveçla said that these findings from the Auditor’s report are correct and as a minister they will take into account the recommendations arising from this report.

Sveçla said that the Information Society Agency, which is part of the MIA, is obliged to submit the draft strategy for e-government by June 7 this year and in this regard declares that they are on the right track.

“ASHI is obliged to send the draft e-government strategy within three months, ie by June 7, 2021 at the latest, just as the Kosovo Police is obliged to increase its investigative capacity to prevent cyber attacks in cooperation with relevant local institutions and international. We as MIA are working to fulfill this obligation by June 7, we have time to go to the government to go with the draft e-government strategy and I believe we are on the right track. I also requested a report from the KP on the steps taken after this obligation “, stressed Sveçla.

The Minister of Economy, Artane Rizvanolli, agreed with the findings of the Auditor General’s report on the IT sector, saying that as a minister they have an initial proposal to review the technology sector and will compile a report which will be sent. in government.

“We agreed with the findings and worked towards finding solutions, in particular for the finding related to the Ministry of Economy 31 .31; 38 We have been in coordination with the Office of the Prime Minister and it is an initial plan, an initial proposal which can to be reviewed so that we have foreseen that during the drafting of the new digital agenda Kosovo 2021-30 which is responsible our ministry will review the ICT sector and will compile a report on the progress achieved. In cooperation with ASHI, the report of the achievements foreseen in the strategic documents so far will be compiled and this report will be sent to the government of Kosovo “, she said.

Whereas, the chairwoman of the Commission for Supervision of Public Finances, Hykmete Bajrami was interested to know more about the Law on Electronic Signature.

“Even the lack of electronic signature of the law in fact for electronic signature which if we want to have it and I hope we will have it in the legislative strategy this year then this would enable a really large part of services to be taken remotely “This would help businesses but also citizens, especially this has become necessary in times of pandemic,” she said.

Whereas, Minister Rizvanolli said that they have the draft of this law which is also part of the legislative agenda for this year. She believes that the Law on Electronic Signature will soon be processed in the Assembly.

“I fully agree that the Law on Electronic Signature is extremely important not only for the government but also the private sector, we have a draft of this law in the ministry and it is on the legislative agenda for this year and we believe that we will soon send it to parliament.” , he stressed.

While, the director of the Information Society Agency, Kujtim Gashi said that the findings of the Auditor General are correct, and that as he said by June they will prepare the e-Government Strategy, for which the strategy stated that the will in the Agency is not has been absent but that there was no will from previous governments.

According to him, the way is for all institutions to have a single e-government strategy.

“We of course thought that there should be a single strategy for e-government given that e-government contains some components that can not be covered by the Public Administration reform strategy or as it was later called the administration modernization strategy. public and we have not managed to overcome this obstacle in this case is the Office for Strategic Planning “, said Gashi.

Assistant Auditor General, Vlora Spanca said that it is necessary for each institution to have its own information technology strategy in addition to the national one.

“As a result of the lack of these IT policy strategies and procedures, the security of information from these systems is very low, meaning there is potential or the integrity and confidentiality of data from these systems may be compromised. “I am also relating it to the issue of strategies and needs for strategy, it is in fact that there is a need for a general strategy but due to the specifics of organizations and businesses it is good for the organization to have an information technology strategy”, he stressed .

Auditor General’s Report The organization and management of information technology investments related to all public institutions includes the audit period for 2015 to 2018.