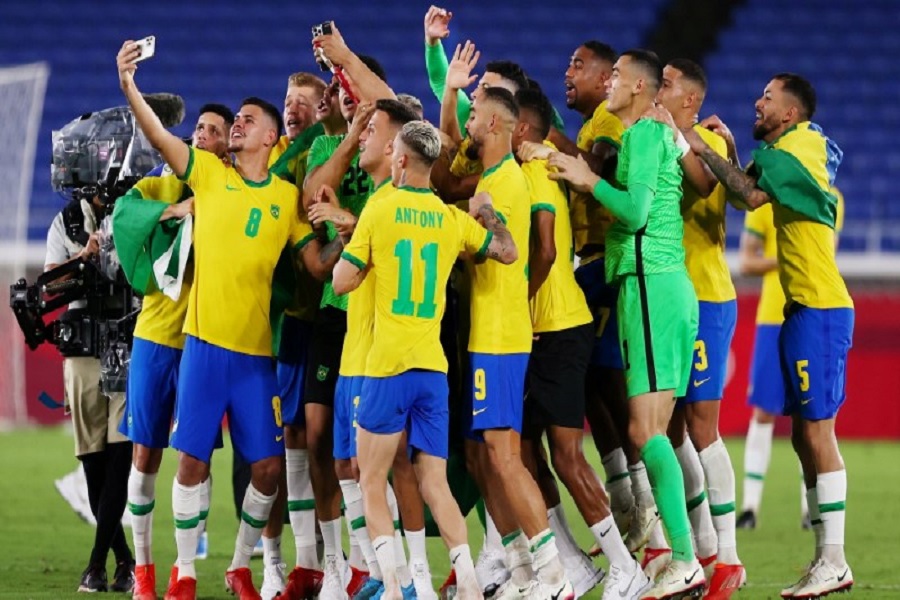 The Brazilian Olympic Committee says it will take action against a football team whose players have refused to wear an official uniform during a medal ceremony in Tokyo.

The statement condemns such an attitude of the footballers and the Brazilian Football Confederation. Brazil defended the Olympic gold medal after beating Spain 2-1 in the final on Saturday after extra time.

“After the Olympic Games, the Brazilian Olympic Committee will announce the measures that will be taken to preserve the Olympic movement, our sponsors and other athletes,” the statement said.

The Brazilian Olympic team in Tokyo was informed before the start of the race that everyone will have to wear official equipment, made by the Chinese company Pik Sport. Football players wore Nike t-shirts on the podium and Pick shorts.

Brazilian swimmer Bruno Fratus, the bronze medalist in the 50-meter freestyle, said it was a “clear message” that footballers do not feel like members of the Olympic team and that they are not very interested in it.

Laporta: The door to Barcelona will always be open for Messi – Latest News