Bulliqi within the presentation of the governing program: Llapi and Gollaku don’t acknowledge a setback 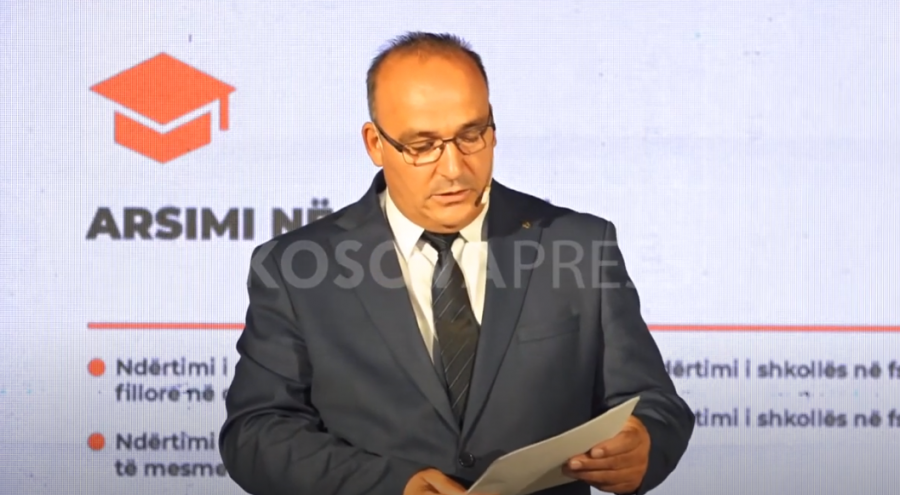 The Vetëvendosje movement in Podujeva is expressing its conviction of victory in the October 17 elections. The candidate for mayor from this party, Shpejtim Bulliqi has promised important investments for Llap, among them the construction of an underground parking lot, the release of green spaces, the construction of a bus station and a day care center for the elderly.

In presenting the governing program for a four-year term, Bulliqi said that Llapi has always tended to positive changes for the whole of Kosovo.

“Shpejtim Bulliqi won last year without a runoff, because the citizens of Llap and Gollak with their generous heart gave their support. Of course we know that for 9 months we would not be able to meet all those requirements and their needs. But, one thing we have done, and that is daily and serious work without getting tired. We have had achievements and received evaluations, because we have provided fast services in the municipal administration. We have digitized the administration and among many other achievements, I want to mention the farmers, stockbreeders and farmers of Llapja who we have helped with subsidies “, he said.

Further, he vowed to work to improve the lives of citizens, expressing confidence in the October 17 victory.

“We will win, because Llapi and Gollaku do not know how to go back. We will govern with the citizens, we will govern with women and men, with the young and the old, with businesses and farmers, with intellectuals and artists, and we will bring development to Podujeva. In the next four years we will make significant investments in our municipality. We will build underground parking that will solve the problem of traffic and parking in the city. And we will free up space for greenery and sidewalks. We will build the bus station, but also a priority for the inter-urban lines and those that connect the city with the villages “, Bulliqi promised in this gathering.

He also promised to build an Emergency Medical Center on the outskirts of the city and open four new nurseries. For children from first to fifth grade, he said they will offer free meals.

“We will build a modern day care center for the elderly, for our grandparents. Older people are not invisible to us, but we see them as an important part of our lives. In terms of business, we will build an industrial area on the outskirts of the city with an area of ​​37.2 hectares. In this space, the necessary infrastructure will be built and will be given for use to manufacturing businesses “, added Bulliqi.

Further, the current mayor of Podujeva said that they will create a fund to support local producers, in order to subsidize the cost of interest on investment loans in expanding production capacity.

E, MP Fitore Pacolli said that with a year of government it was proved that local government can be done well and fairly. She expressed confidence that Besiana will again be led by the party in which she belongs.

“The development of cities, but also of the state starts from the neighborhoods, villages and continues to the city and the state. The city has a duty to provide welfare, school, health, roads, parks, buses for citizens. The city has a duty to advance further, so as not to remain as it is left in our cities. Mayor Bulliqi started it with a special mission, for the city of Podujeva, Besiana, to join the cities of Europe. “Not only cities that probably have sewerage and water, because this is a human right and we should have them.” she said.

Haradinaj: The problems accumulated in the capital are solved with the AAK program