Candles are lit tonight in honor of the victims in Croatia 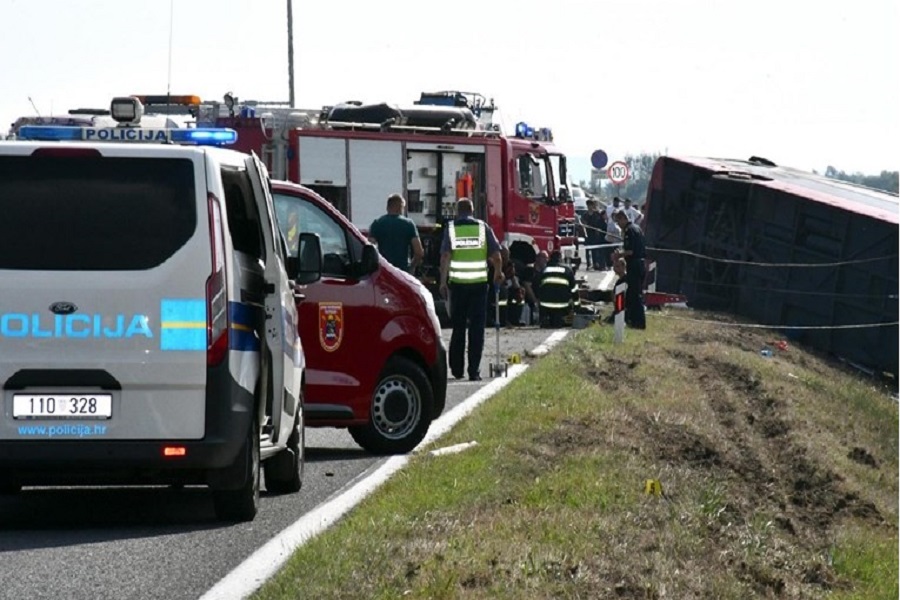 The Government of Kosovo has announced that in honor of our compatriots who lost their lives in the tragic accident this morning in Croatia, homage will be held by lighting candles in front of the National Theater in Pristina, tonight from 21:00.

Ten people lost their lives and over 40 others were injured when a bus coming with passengers from Germany to Kosovo went off the road and overturned. The first suspicions are that for a moment the bus driver had fallen asleep.

The Prime Minister of Kosovo, Albin Kurti, is already visiting the injured people who are lying in the Brod hospital.

Otherwise, the President of Kosovo Vjosa Osmani has declared Monday a day of state mourning in honor of the citizens of the Republic of Kosovo, who have tragically lost their lives in a traffic accident in the Republic of Croatia.

Due to this tragic event, President Osmani has interrupted his visit to Japan and tomorrow he will travel to Kosovo.

Croatian traffic expert: Two drivers on such a long road are too few – Latest News