Clashes return to CEC, Daka says LVV members need her to assume like them 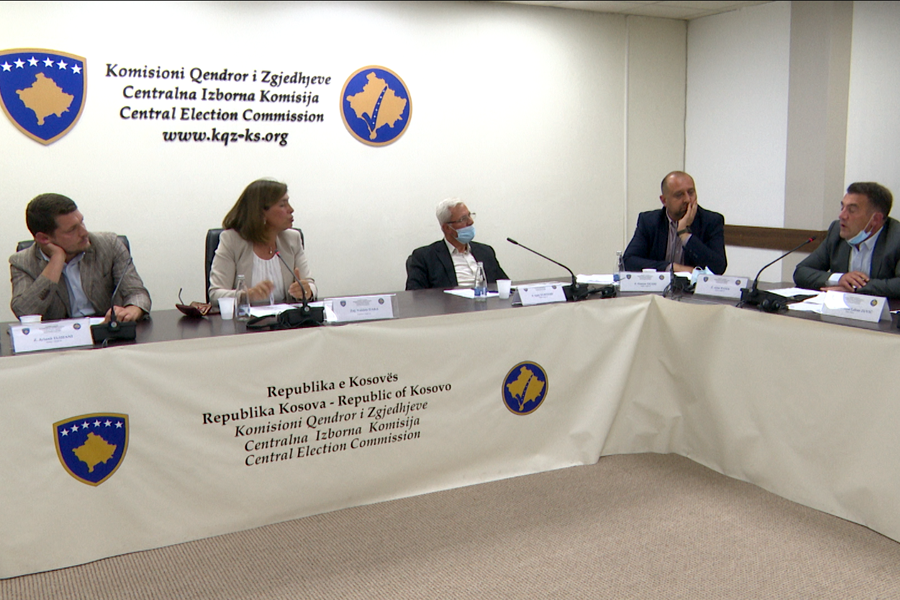 The formation of the Councils of the Central Commission of Kosovo has resumed the clashes between the chairwoman of the CEC, Valdete Daka and the representatives of the Vetëvendosje Movement in this institution.

While the members of Vetëvendosje Movement have requested that the formation of the CEC Councils be done only when the composition of the CEC is complete, but that it is not supported by other CEC members.

LVV members in the CEC, Sami Kurteshi and Alim Rama, have been against the CEC chairwoman Valdete Daka to continue chairing the Council for Foreign Relations, because according to them under her chairmanship this Council has not held any meeting.

Kurteshi said that he has been a member of this Council and they have never held a meeting, while he said that he is against the CEC chairwoman Valdete Daka being a member and leading this council.

“I am a member of this Council and for more than a year we have not held any meeting, no meeting. The Council for Foreign Relations means all persons who are outside the CEC and have had meetings. Not only from abroad because if we define this outside of Kosovo, someone can tell me that it is not, but it is something else. There have been meetings, you, Mr. President, have had meetings, you have held meetings with people from outside, even this institution, this Commission has never been informed about them. “If you understand outside, outside Kosovo, I can say extraterrestrial, but I agree with Mr. Rama and not only I agree, but I think and I am against Mr. Valdete Daka to lead the Council for Foreign Relations”, he said.

CEC Chairwoman Valdete Daka reacted to him, saying that there was no meeting because during 2020 no international conference or any international meeting was held.

The other member of LVV in the CEC, Alim Rama, addressing the chairwoman of the CEC said that she has lost credibility to be the head of this institution.

“You have lost credibility by being a member of the non-chairing CEC. “So, on the other hand, we do not have a report from the Council on Foreign Relations and the same composition from a Council that has not submitted any report,” he said.

The clash continued even at the moment when the CEC chairwoman Valdete Daka started to put the names of the members for the CEC Councils to the vote.

LVV member in the CEC, Sami Kurteshi, said that the members of these Councils are decided only when it is the full composition of the CEC.

“I’m talking, I was talking, I did not turn off the microphone, you both took it, you are ‘jumping like a pepper in the ass’. But, let this work, this vote is political, the attempt to defend what has been, is not defended. CEC councils are internal CEC internal decisions on composition and work throughout the year and these are decided only when the CEC is fully composed. “It is a rush to lay the foundations of a structure that will not go to the CEC throughout the year,” he said.

CEC chairwoman Valdete Daka reacted to him, saying that she thanked him for the threats he is constantly making, and that LVV member Sami Kurteshi reacted again, saying that she is so incomprehensible that she does not understands what the threat is.

“You have shown open political preferences, you have damaged the institution, you have made decisions, you have falsified Mr. Daka, you have falsified official documents and for this Mr. Daka goes to prison. This is a threat. Daka: You have a problem the first time I exist “, the clash between them continued.

Daka reacted again by saying that their behavior is excessive and that it is total ignorance by them.

Tomorrow a part of Prishtina without electricity