DAY D FOR THE FORMER DB TANDEM At the moment, the sentencing of Stanisic and Simatovic, the duo arrived in The Hague, awaiting a verdict for the costs for which they’ve already been acquitted 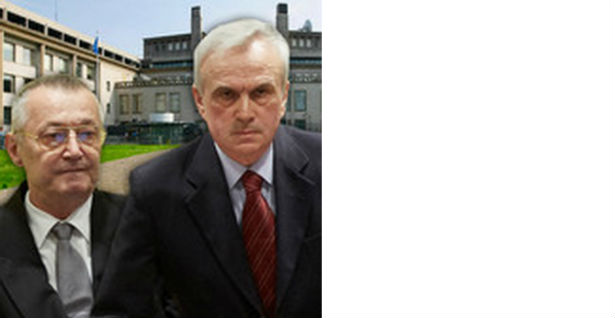 Today’s verdict, however, will not be final because appeals are possible, but it will give an answer as to whether the opinions have changed after a few years and whether Stanisic and Simatovic are still guilty of complicity in a joint criminal enterprise.

They are charged with four counts of crimes against humanity: persecution, murder, deportation and inhumane acts (forcible transfer) of Muslims and Croats in Bosnia and Herzegovina from 1991 to 1995, and one count charges them with violations of the laws or customs of war.

In the first trial, the court decided in 2013 that they were not guilty, after which the prosecutors filed an appeal. Then, in 2015, the Appellate Panel annulled the first instance verdict and ordered a retrial that began on June 13, 2017.

Today, after four years, the epilogue of the second, first-instance verdict to this tandem from the former DB will be known.

What are you charged with?

Stanisic, former deputy chief and chief of the State Security Service (DB) of the Serbian Interior Ministry, and Simatovic, former commander of the Special Operations Unit (JSO), are accused of leading, organizing, equipping, training, arming and financing special units from those positions. DB and other Serb forces involved in the killings, persecution, deportation and forcible transfer of non-Serb civilians from Croatia and Bosnia and Herzegovina between 1991 and 1995.

It alleges that the two were co-perpetrators in a joint criminal enterprise (JCE) that took place in April 1991 at the latest and lasted at least until 31 December 1995. The JCE stated that the aim was to forcibly and permanently remove the majority of the non-Serb population from large areas in Croatia and BiH.

They are charged with four counts of crimes against humanity: persecution, murder, deportation and inhumane acts, as well as one count of violations of the laws or customs of war – murder.

Such an indictment was filed on July 10, 2008 before the Hague Tribunal.

The first verdict – they are not guilty

At the first trial, which ended in 2013, the trial chamber ruled that Stanisic and Simatovic could not be held criminally responsible for the criminals they were accused of, after which they were acquitted.

Such a court decision at the time, however, was not unanimous, but the trial chamber could not conclude by a majority vote that Stanisic and Simatovic were responsible for directing, organizing, equipping, training, arming and financing Serbia’s state security units, which indictments, killed, persecuted and deported Croat civilians, Bosnian Muslims, Bosnian Croats and other non-Serbs from BiH and Croatia from 1991 to 1995.

Also, the panel could not conclude that Stanisic served as a “channel of communication” between Slobodan Milosevic, Radovan Karadzic and Milan Martic, who were reportedly the main organizers of the joint criminal enterprise.

The majority of the members of the panel established that Stanisic and Simatovic could not be characterized as participants in a joint criminal enterprise.

Also, in the explanation of the verdict, it was said that infamous units, such as “Scorpions”, “Arkanovci”, “Martic’s militia” and “Red Berets” committed crimes, but that the help provided by Stanisic and Simatovic was not “specifically aimed at crimes , rather than “supporting their war efforts,” DW states.

The indictment covers the period from 1991 to 1995 and what happened in the areas of the so-called SAO Krajina and SAO Baranja, Slavonia and Western Srem in Croatia, as well as in the municipalities of Bijeljina, Zvornik, Bosanski Samac, Sanski Most, Doboj and Trnovo.

In its closing arguments at the time, the Prosecution requested that Stanisic and Simatovic be sentenced to life in prison.

Following an appeal by the Hague Prosecutor, on 15 December 2015, the Appeals Chamber of the Tribunal quashed this first instance verdict and ordered that their trial be repeated, which began before the Mechanism on 13 June 2017.

The indictment remained the same at the new trial before the Mechanism (the legal successor of the Hague Tribunal).

During this trial, 51 prosecution witnesses and 29 witnesses for both indictees were examined.

The defense case began two years ago, in June 2019, and lasted until October last year. Lawyers for the two defendants called and examined 29 witnesses. The closing arguments of the prosecution and the defense were held two and a half months ago, in April this year.

The sentencing is today at 3 pm, and Stanisic and Simatovic arrived in Hah on June 24 in the detention unit, from where they will hear the sentencing in the courtroom.

Stanisic and Simatovic were arrested by Serbian authorities on March 13, 2003, during Operation Saber, following the assassination of Prime Minister Zoran Djindjic.

Stanisic was transferred to The Hague on June 11, and Simatovic on May 30 of that year.

He assaults his spouse and 1-year-old daughter, detention is requested for her husband