Epilogue of the crime on the fuel station – for the homicide of a scholar for 10,000 dinars, 30 years in jail 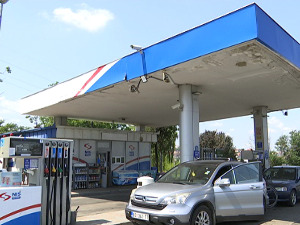 She was less than 20 years old. She came to Belgrade from a place near Nova Varoš to enroll in college. Kristina Kaplanović lived with her family, prepared the entrance exam and worked at the gas station.

“This event shook the whole area and the public. The girl suffered neither guilty nor guilty, she was somewhere in the interior, doing her job. The man came from the forest, he was attracted, because there is a nearby forest, he committed that robbery, what did it “, recalls the neighbor Nenad Abramović.

On May 25, 2017, at around 11 pm, he was a thief crashed into the “NIS Petrol” gas station on the highway, at the exit from Belgrade in the direction of Nis, where Kristina and two other colleagues were. At that moment, there were about 10,000 dinars in the cash register, which the attacker wanted to take with the threat of a gun.

The gun fired and the bullet hit Kristina.

“This is a classic crime, committed against a child who had yet to live, to start, to see his vistas. She came here to earn some dinars to go to school, unfortunately as you can see this is a very tragic thing that happened, “says neighbor Abramović.

The attacker fled. It was assumed that he was a person with the nickname “Flekica”. NIS offered a reward of two million dinars for information about the suspect. He was arrested after a three-month search and has been in custody ever since.

Does the Delta surge mean you should return to masks?