Hajdari: We intention on the full implementation of the SAA by the top of the governing mandate 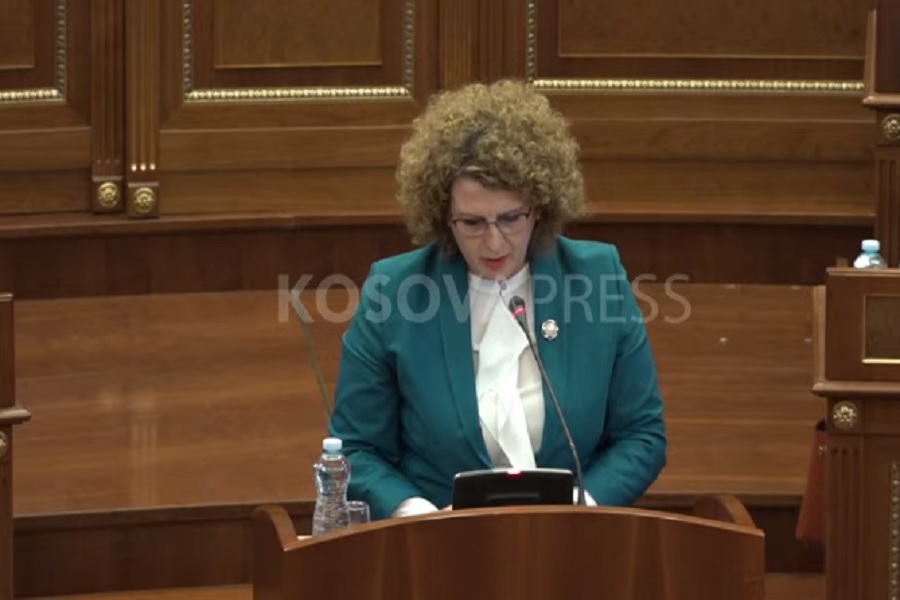 The Minister of Industry, Entrepreneurship and Trade, Rozeta Hajdari said that they aim at the full implementation of the Stabilization and Association Agreement (SAA) by the end of the governing mandate.

In the extraordinary session in the Assembly of Kosovo, where the four-year governing program of the Kurti Government was presented, Hajdari said that Kosovo is too late in terms of implementing the SAA measures.

“We will have as a key priority the implementation of the Stabilization and Association Agreement, so we aim this year to fully implement the annual plan of this year and also last year. We are a bit late and we can say that we are too late in terms of the agreed measures of the Stabilization and Association Agreement, we aim at full implementation of the SAA by the end of the mandate. To your attention, dear deputies and all the citizens you follow, last year the implementation plan of the SAA was implemented only in a small percentage, respectively out of 19 measures were addressed only five of them, of which four actions were addressed in the time of the Kurti Government 1 “, said Hajdari.

She added that the way to apply in the European Union is opened only after fulfilling the obligations of the SAA.

“Only after fulfilling the obligations of the SAA, we can open the way for application for candidacy. So, we can not say that now we will apply for candidacy in the EU, because we are too late in the SAA, respectively with the implementation of the measures agreed through the economic reform plan “, said Hajdari.

Interpellation with the Minister of Finance, Hekuran Murati in the Assembly on Thursday – Latest News

Vitia for vaccines: For 50 days we have done more than for five months that the Hoti Government has done – Latest News