Haxhiu withdraws from chairing the working group for the anti-COVID legislation, says that the place is interfering within the work of the deputies 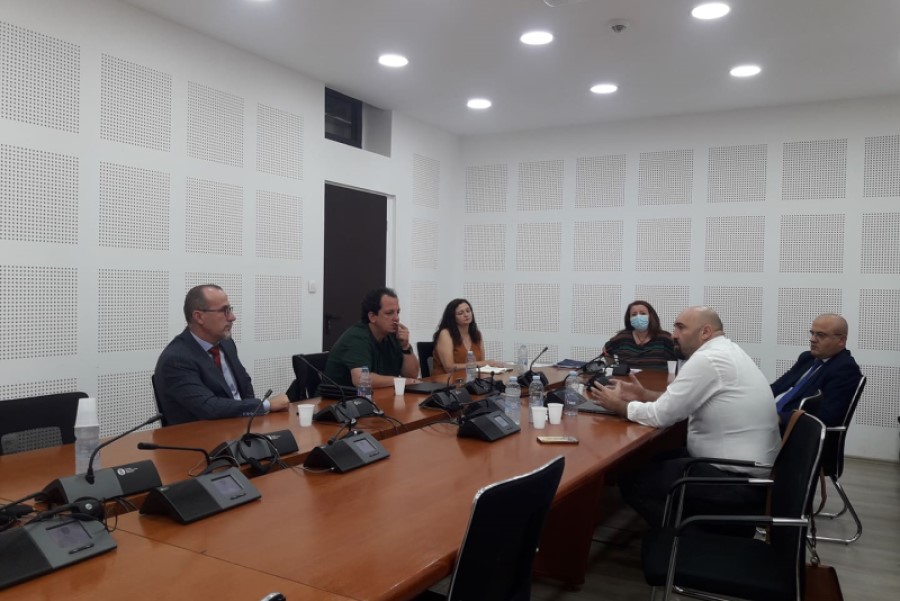 The request of the chairwoman of the Committee for Health Fatmire Kollçaku, addressed to the health institutions not to answer the questions of the PDK deputy Bekim Haxhiu, has clashed the deputies in today’s meeting where the monitoring of the implementation of the Law on Prevention and Fighting Pandemic is being discussed COVID-19.

PDK MP Bekim Haxhiu stated that after the intervention of the chairwoman, the commission will withdraw from the leadership of the working group for monitoring the implementation of the Law on Prevention and Fight against the COVID-19 pandemic.

He said that such a request is a direct interference in the work of MPs and the work of the working group.

“It is a direct interference in the work of the deputies, in the work of the working group, it is absurd to send e-mails to institutions, do not respond to the deputies, it does not happen in North Korea, in North Korea or in China no one sends e- mail do not reply to MPs, this is nonsense[…]I can not work in a working group where it is sabotaged by the chairwoman of the majority committee. So, I withdraw from this working group and from any law monitoring group until you send e-mails to institutions not to give us information. “Monitor yourself, work yourself and realize yourself, you have that limited information”, he said.

The chairwoman of the commission, Fatmire Kollçaku, responding to MP Haxhiu said that he abused his position by sending requests to health institutions without consulting other MPs.

She also said that Haxhiu has left the field of study seeking data from the beginning of the pandemic, when the Law on Prevention and Combating the Pandemic COVID-19 was not in force.

“You as the chairman of the working group have abused your position by not discussing with other colleagues of the group, while on behalf of the group you signed and claimed to send a letter not like Bekim Haxhiu because at the moment as if you had addressed him as Bekim Haxhiu, that letter went unhindered, but at first you addressed the working group, this is the first misuse you have made. Secondly, the gentleman in question knows very well when the anti-COVID law was adopted at the end of August, while you, in the name of monitoring the anti-COVID law, ask for information since the beginning of the epidemic, which means January 2020, you have come out outside the object of study. “You have forgotten that this is not the anti-COVID commission of inquiry, but your suspicious nature can not leave you out of the role you had,” he said.

MP Bekim Haxhiu reacted again, saying that he does not understand why the MPs in position are worried about the reports they have requested.

Haxhiu was also accused of non-cooperation by the LVV MP Labinotë Demi-Murtezi, who said that at the moment when a letter is written on behalf of the working group without the knowledge of all MPs, it is offensive to them.

“We have made only three visits as a monitoring group, they have been planned by two within a week, we are never on the agenda and even today you should at least apologize and not say I do not lead. It’s easier sir, but what have we done concretely. “Even according to the rules of procedure of the Assembly, a moral call when someone trusts you should at least be transparent, you have had maximum cooperation”, she said.

In the meeting of this committee was also discussed the monitoring of the Law on Mental Health, in which case the deputies agreed that the visits for this law to continue at the beginning of September.

ANOTHER HOT WAVE IS COMING! Right here is how a lot more energizing days will final in Serbia, and when the HOT AFRICAN AIR is coming to us

Vitia: There will be measures for the unvaccinated – Latest News