ANOTHER HOT WAVE IS COMING! Right here is how a lot more energizing days will final in Serbia, and when the HOT AFRICAN AIR is coming to us 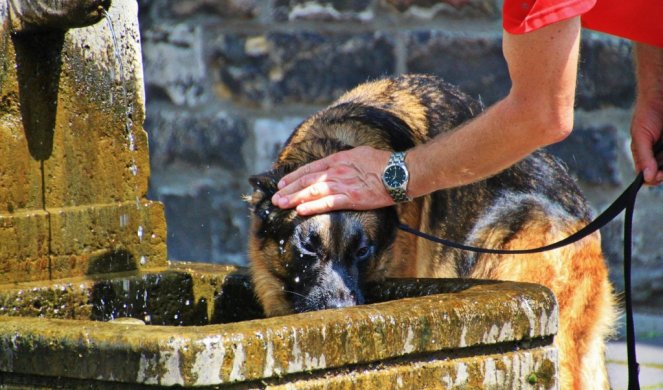 Meteorologist Djordje Djuric also announced that the disturbances, along with Croatia and Bosnia and Herzegovina, affected Vojvodina and brought heavy showers with thunder and disasters on Thursday. Backa, Srem and Podrinje were affected by the cloudy precipitation system, and it brought very heavy showers with thunder in the northwestern parts. Significantly fresher air mass and the turn of the southwest wind to the northwest wind lowered the temperatures in these parts of Serbia from 24 to 30 degrees.

At the same time, other parts of Serbia, according to Đurić, were in front of these disturbances and they were ruled by warm southwestern currents with a maximum temperature higher than 30 degrees, in the southeast of the country up to 38. But later, in the middle of the day showers, except in the south and southeast, where there was a possibility that they would be absent.

– Already today, the cyclone and the cold front will be further east than us, so we will be cleared. On Friday, it will be mostly sunny in most parts of Serbia, but much more pleasant, occasionally with moderate clouds. The moderate to strong northwest wind will also support the pleasant weather. The maximum temperature will be from 25 to 30 degrees, in Belgrade up to 27 degrees. In the afternoon, only in the south and in the hilly and mountainous areas, a stronger development of clouds and the appearance of local showers with thunder is expected – says Đorđe Đurić.

Pixabay A warm wave is following us again

It will be sunny again on the weekend and on Monday, the meteorologist says. The maximum temperature on Saturday will range from 29 to 32 degrees, and those temperatures are average and common for this part of the year.

– Already on Sunday and Monday, under the influence of the ridge from the southwest, there will be an additional influx of very warm air mass from North Africa, so the maximum temperature will be from 34 to 38 degrees Celsius, in Belgrade up to 36 degrees – says Đurić.

Precise data on the new heat wave and its duration will be known in the next two to three days, while the five-day weather forecast of RHMZ predicts sunny and warm weather across the country, in Nis on Sunday and Monday up to 37 degrees, Kragujevac 36 and 35, Novi Sad 35 and 32 and Belgrade 35 and 33 degrees. A similar temperature is expected on Tuesday.

Haxhiu withdraws from chairing the working group for the anti-COVID legislation, says that the place is interfering within the work of the deputies