HOW DO YOU DO SUCH AND SALARY Once more on "desk" pay grades for staff within the public sector, and what they convey is not going to GO to everybody

Previously, the Government of Serbia announced and postponed the introduction of pay grades several times. First, they should have started to be applied on January 1, then in July 2020, and the last time the deadline was moved to the beginning of 2021. It seems that that date will probably be broken as well.

And the essence of the introduction of pay grades is that employees in the general state are paid equally for the same work, which means that a driver in one ministry should have the same salary as a driver in another ministry, government or agency. The salary grade also means that the salaries of employees are increased on the basis of the quality of their work – in translation, how and how much you work is the same as the salary.

“For those who currently have undervalued amounts, salaries would be increased in proportion to available funds, while for those in the overvalued group, salaries would not increase until their pay group reaches them. It is important to see which salaries are low and which are too high. and to determine the target relations within the public sector on the basis of justified criteria and in relation to the complexity of the work, responsibility and risks “, explains the source of” Blic Biznis “from Nemanjina 11.

Branko Ruzic, former Minister of State Administration and Local Self-Government, explained at the end of last year that it is necessary to analyze the fiscal impact of including all employees in the public sector in the new salary system, ie to prevent the share of general government wages in gross domestic product from growing. and not to disturb the financial sustainability of the budget. 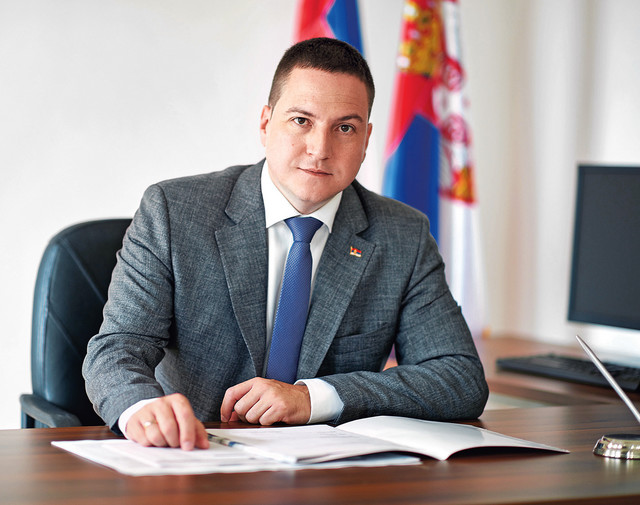 The Fiscal Council has repeatedly pointed out that the introduction of pay grades has been postponed several times since 2013. According to their assessment, if the Government of Serbia wants to keep the best people in the public sector, it is necessary to make a sufficiently wide range of salaries.

The document “Pay Grades and Employment in the Public Sector of Serbia: From Incomplete Reform to a Sustainable System” states that all state sectors should be included in the pay grade system, which is currently not the case. About a fifth of employees, ie the police, military and official sectors, are outside the pay grade system, which is not the case in other European countries that have regulated the public sector pay system.

A key part of the reform of the wage system, according to the Fiscal Council, is to prescribe the wage base at a level close to the minimum wage. They estimate that only in this way will good enough ranges of salaries be obtained, within which the most professional and responsible jobs in the country will be adequately paid.

The Fiscal Council does not dispute that the reform of wages and employment is a great professional and political challenge, but draws attention to the fact that most European countries have been able to successfully respond to that challenge.