I CARRY YOU PROUDLY, I AM PROUD OF YOU! Grasp George is the final Užice resident of his craft, however the PRESIDENT has heard about him! 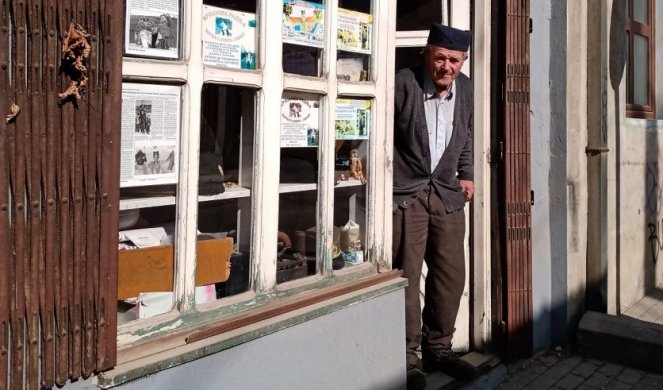 In his craft shop, in the old craft part of the city at the Customs, even though he is 86 years old, grandfather George still sews. Less than before, but you can still hear the sound of his “pfaf” machine, which he brought second-hand from Paris half a century ago.

– Eh, I used to sew everything, including men’s suits, women’s costumes, coats…, and now I have reoriented only to scarves, hats, general’s hat, vest and chakshira for folklorists. I go to fairs, in Guca I missed only the first Trumpet Festival in 1962, at the Rakijada in Sljivovica, I am a regular at Ravna Gora, in Belgrade, but my hookers wear heads all over the world from Europe to Australia and America. Someone also likes these officer’s hats that I make, the kind that Zivojin Misic wore – says grandfather George.

Especially interesting are the small crochet hooks, which are 10 times smaller than a normal hat. These are souvenirs, and one even ended up with President Aleksandar Vučić.

UZICE WATERFALLS WORKED! In the middle of the night, a large water pipe burst, a torrent of water created chaos in the city / PHOTO /

POLICEMAN FIVE YEARS IN PRISON! Fahrudin Sakrep was killed during the action of catching the smuggler from the bullet from his gun! 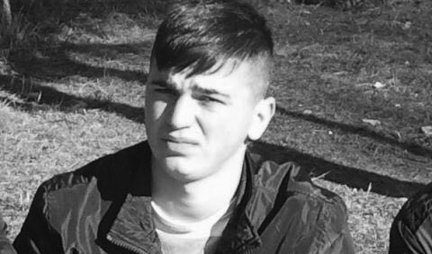 – I was at the plum fair in Osecina four years ago, when President Vučić also came across it. I took my little nail clipper and gave it to him. He took it and I wanted to tell him that he had to keep the old crafts, but the security moved forward and left – the old tailor remembers and adds that the souvenir of the seamstress is sewn as well as straight, according to the pattern, but that it is not easy to bend fingers around it. 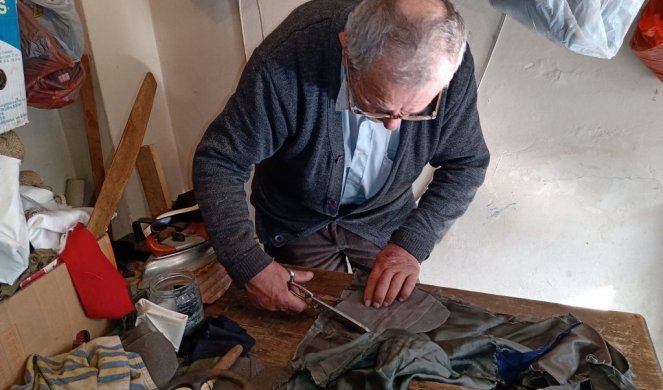 He made grandfather Đorđe to order and shajkače whose circumference is a whole meter. He sews them all from a military kangaroo of gray-olive color or black tea.

George was born in the Uzice village of Kacer. His father first sent him to a blacksmith’s shop, but the master told him “that he still had to eat bread to be strong enough for a hammer”, so he brought him home. A year later, at the age of 14, in 1949, he started a tailor’s trade in the then Tailoring Cooperative. After two years, although by some rule it took three years, he passed the exam for journeyman, sewed the jacket on his own. He stayed there to work for a whole decade.

– At that time, business was booming. Everything was sewn, and then ready-made goods came, which began to conquer the market. Then I reoriented myself to nail polishes. And in 1965 I went as a tourist to Paris. And first I looked for a tailor shop. 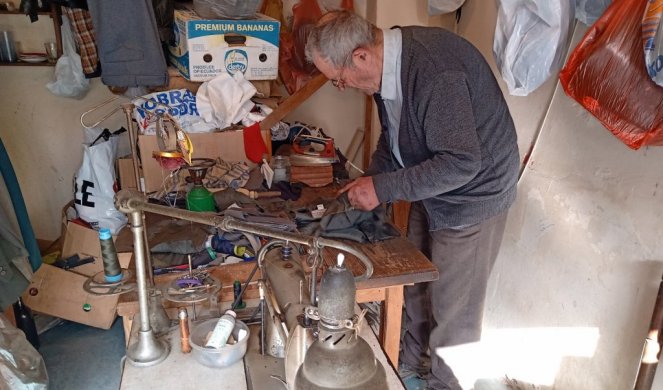 I showed the master what I knew and started working for him. He suggested that I stay permanently for 500 francs, but I want to go to Yugoslavia. Now, I think that if I had stayed there, I would have had a pension of 1,000 euros, and not 30,000 dinars – the old tailor sorts through his memories and says that he also finished high school in Economics.

He spent 31 years in the service, but did not leave the tailoring trade. He used his annual vacation of one month and another month of unpaid leave to go to Paris and earn a few dinars more, in order to finish the house. That’s how he worked for 15 years. When he retired in 1994, he opened his own tailoring shop. 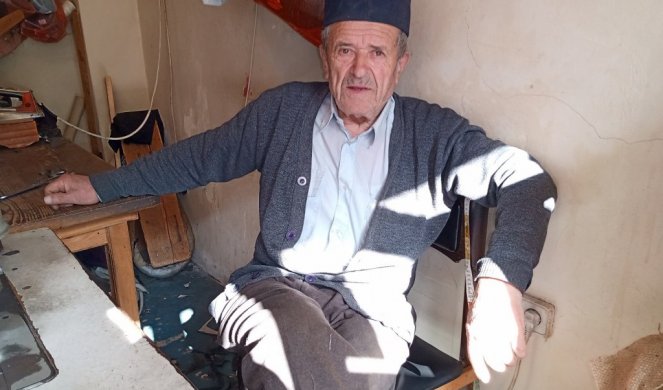 – From then until today, no one has brought a child to ask if I can teach him a trade. I am the last craftsman of that type in this area, and there are no more coopers, blacksmiths, shoemakers… – says George with the set.

His eyes lit up when his granddaughter appeared at the door.

– This is my granddaughter Jana. Sometimes he comes to me and helps by adding parts to me, and I sew them. Here, if someone needs a nail clipper, he knows where he can find me – says George. 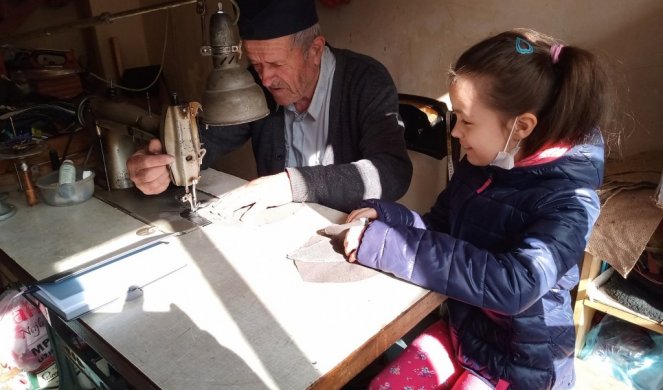 The husband bought a super luxury car for Adelina Ismaili