IĐOŠKI BETOVEN PLAYS ON THE BARRET! Of all of the coopers in Serbia, just one is a grasp like Draganče, HERE IS WHY / VIDEO / 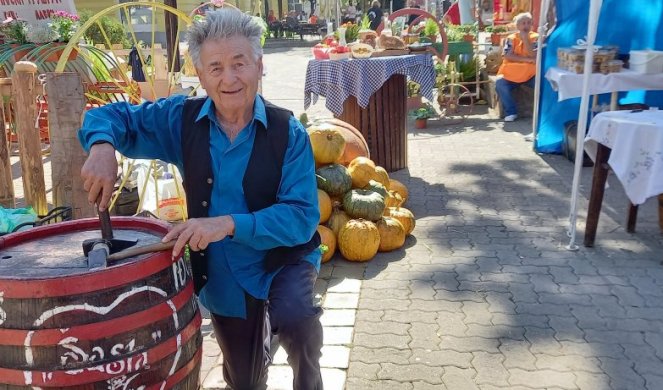 Our story does not begin in a cellar filled with barrels of wine or brandy, but on the contrary, under the open sky where he performs his “Blacksmith’s anthem” and other “melodies” composed on a barrel.
one of the most unusual keepers of old crafts, 82-year-old cooper Miodrag Muncan, aka
Draganče from Iđoš near Kikinda.

– This is the “Blacksmith’s Anthem” – he says, while at the perfect moment he swings a metal and wooden hammer and strikes the first bars on the barrel rim – Only blacksmiths know these rhythms, and I am the only cooper who knows how to perform the “Barrel Anthem”. I have a total of three barrel melodies, and the third is the “Vineyard Anthem”, which sounds like a drum-beating story by this Banat virtuoso and beating in sync like professional drummers.

Barrels used to be highly valued, they worked a lot and made quality barrels that went to all parts of the world. The last generation of coopers enrolled in the 60’s and since then this craft can be learned only from masters.

– I apprenticed as a cooper with the Idjo master Ljubiša Krstin, a famous and well-known connoisseur who had his craft shop in the 50s of the last century. I learned everything from him then.

QUEENS OF AJVAR DEFENDED THE TITLE! Twice in a row, women from “Suvača” are the best in the competition “Come out to my jar” / VIDEO / PHOTO / 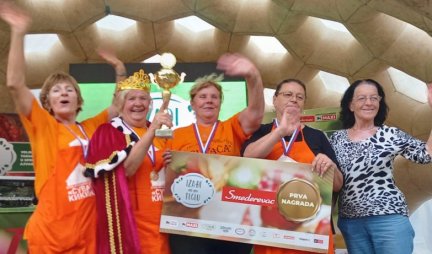 THEY ARE HERE TO HELP US BOTH GOOD AND EVIL! Firefighters demonstrated strength and skill in front of the youngest / VIDEO / PHOTO 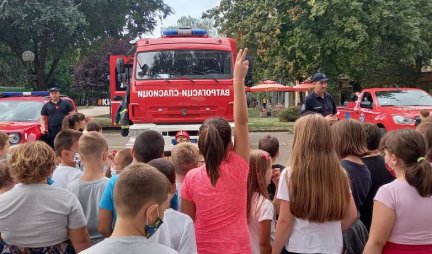 Today, wooden barrels are used much less, although they are bought for brandy and wine, and there are people who want to
just a wooden barrel, but mostly you can’t live off of it anymore.

I am retired and I deal with barrel repairs or some small interventions in my workshop, but I don’t do them anymore – says master Draganče and says that today there is interest in this job, but that a lot of effort should be invested in it for little money.

He worked as a painter in Kikinda’s “Prima”, where vegetables were pickled in barrels a long time ago, and then in Becej’s “Flora”. Economic development did not always bring the best solutions, which was shown in the 70’s when plastic barrels overtook wooden ones from the market, so Miodrag had to retrain as a boilermaker and end his working life in a boiler room until his retirement. 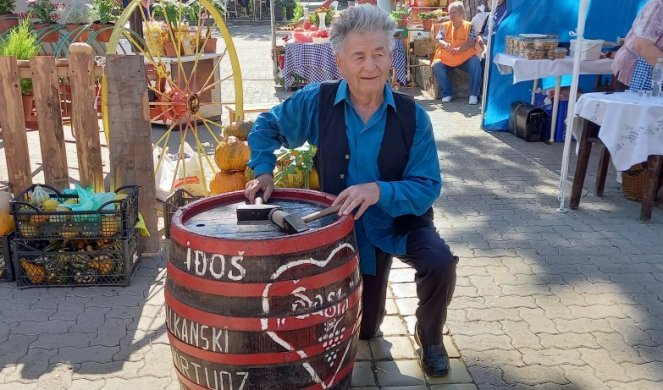 – People are looking at how to get through as cheaply as possible, buying plastic is much easier. They are no longer interested in the fact that a barrel must know the quality of wood and its processing and that it takes many hours for a barrel to be made to the end and that it all has its value. But, that’s how it is, I’m having a little fun and I don’t give him time to take away our tradition – Draganče says slowly, while he takes the tools in his hands and patiently starts to finish the job.

From the heat of the fire, the wood gains elasticity, is soaked with water inside and out, and little by little, the barrel gets its shape.

For good wine, the best one is made of oak, because of the tanning substance, and for mulberry brandy, which gives the “Serbian medicine” a yellowish-golden color. These are all little secrets of great masters that we are slowly forgetting.

Marina Vjollca forgets that she is pregnant, she does this action

Rama: In cooperation with the citizens we will make Prishtina the most unique city in the world