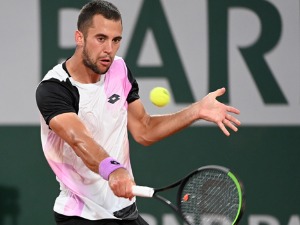 Laszlo did not manage to seriously torment the favored rival, who placed in the eighth finals of Roland Garros.

Zverev celebrated after three sets, that is, a little more than two hours of tennis.

The first set lasted the shortest (38 minutes), and Zverev won it thanks to two breaks at the very start.

The German took the lead with 3: 0 and defended that advantage without any problems until the end of the set.

In the second part of the match, a completely different tennis was watched.

Gere started furiously with a break and a 3-0 advantage, Zverev managed to return the break, but then lost the game again on his serve, which Gere uses to take the lead with 5: 2.

It seemed as if the Serbian tennis player would completely change the course of the match and equalize in sets, but there was a drop in the game, which the sixth tennis player in the world uses well.

The German tied five games won, made a complete turnaround and won the second set after 49 minutes with 7: 5.

Zverev, like in the first, will start the third set with a break and a 2-0 advantage, and then gain another 4: 1.

By the end of the match, Jere did not manage to seriously threaten the rival, so the German tennis player recorded a victory.

Zverev triumphed in the eighth finals of Roland Garros, where he will meet Nishikori.