Kari continued his point-winning “terror”, the second debut of “Roses” within the Knicks 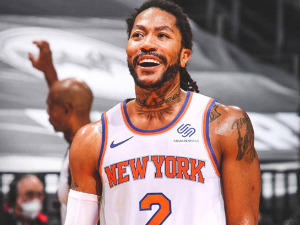 Steph Curry continued his scoring “terror” this season, and this time he took revenge on the Spars for the recent defeat.

“Mamuze” and “ratnici” met twice in two days, and unlike the last game, this one belonged to Steve Ker’s team.

Steph Curry scored 32 points again, the same as in the last match, and this season he is averaging 29.5 points.

In addition to Curry, Pascal with 15, Wiggins with 14 and Ubre with 12 points were in the mood in the winning team, while Lee and Tuscany Anderson with 11 points each, as well as Baysmore with 10 points.

Golden State records its 13th victory in 25 matches played, taking ninth place in the West table, while San Anotnio is fifth, with one victory more and one defeat less.

The Miami Hit basketball players defeated the New York Knicks on their floor with 98:96.

In the duel of former teammates in Chicago, Jimmy Butler outplayed Derrick Rose.

Rose returned to the Knicks through trade, for which he played in the 2016/17 season.

10 thousand euros for birth, Sefaj: Will be given for a period of three years, not once – Latest News