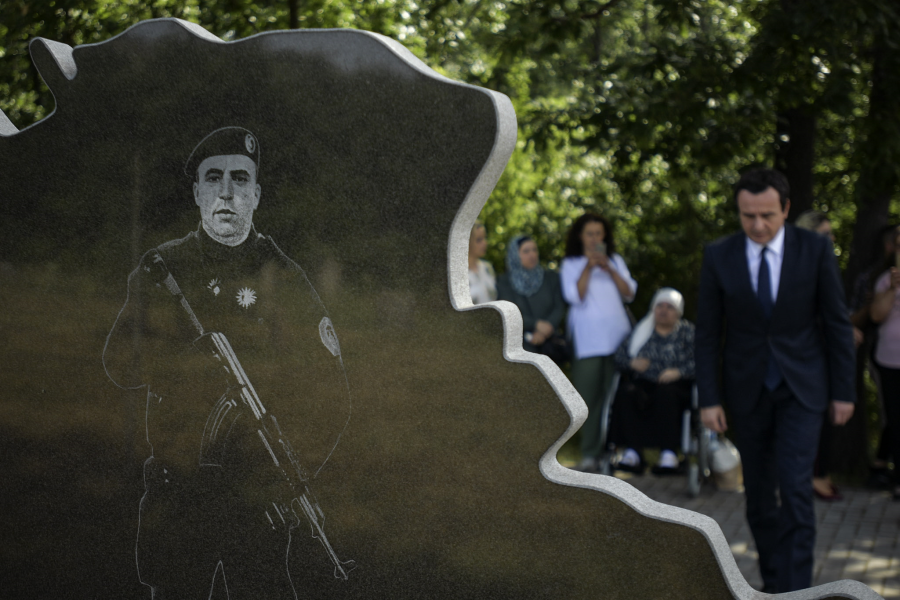 The Prime Minister of Kosovo, Albin Kurti, today paid homage to the grave of Enver Zymberi, on the tenth anniversary of his fall from office.

Kurti in a Facebook post wrote that after the homage he also visited the family of Enver Zymberi, while he wrote that anniversaries only increase the weight of his work.

While Kosovo is mourning the lives lost in the tragic accident in Croatia, today we remember a life given in the line of duty in defense of the Republic of Kosovo.

Returning from a visit to the injured in Croatia, on the 10th anniversary of the fall of Enver Zymberi, I paid tribute to Dubovc in Vushtrri. After laying fresh flowers at Enver’s grave, I also visited his family.

We were together for about a year in Pozarevac prison with Rremë, Muharrem, Enver’s father.

Enver Zymberi was also arrested by Serbia, along with his father. During the NATO bombing, he was deported from Kosovo to Albania, but when he arrived in Kukës, he put on his KLA uniform and mobilized like many other young people, in the liberation war, in the “Arrow” operation. After the end of the war, Enver continued his contribution. He saw his engagement in the Kosovo Police as a continuation of his service to the homeland.

04:00 am, July 25th. Enver had woken up earlier because he was going to take part in an action. “Let him drink his coffee, I gave him 2 euros because I told him you can stay at work for a long time and you unto”, says false father.

18 hours later, Enver Zymberi passed away from a severe head injury at the UCCK. He was shot by a sniper while on duty to protect the sovereignty of Kosovo.

Anniversaries only increase the weight of his work.

Glory to the life of the work of our hero, Enver Zymberi!