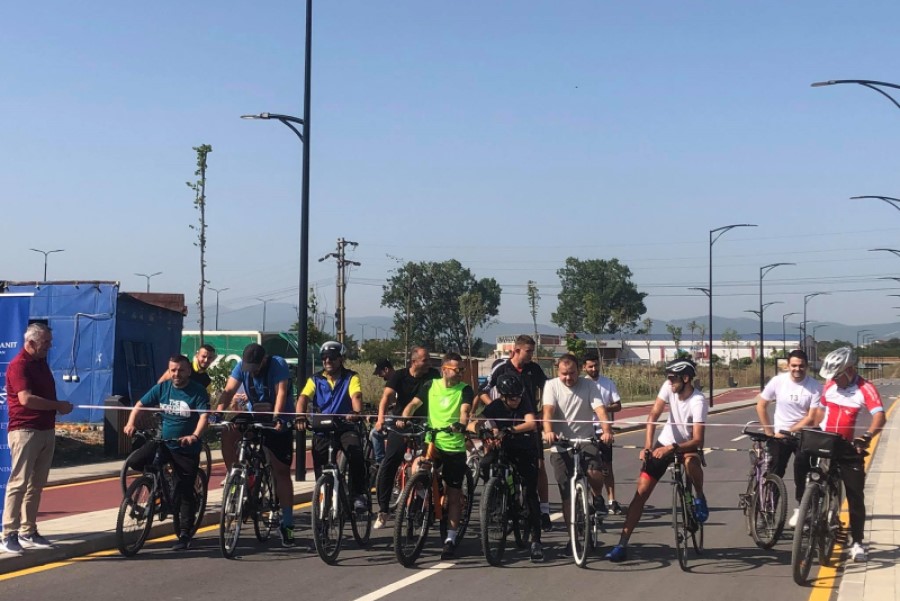 Albion Imeri from the Cyclists’ Club “Prishtina” came out first in the bicycle race that was held on Saturday morning in Lipjan.

The opening of the activity “Tour de Lipjan” was made by the Mayor of Lipjan, Imri Ahmeti.

Imeri told about his journey in cycling races, while he also showed his emotion as the first of the races that were held in Lipjan.

Imer liked the cycling race, and he is even hoping that such a thing will continue in the future. While praising the organization of the municipality for this activity.

“For the first time I started as a shooter 3 years ago, personally two years. (As the winner of the first place) I feel very good, because for the first time I am competing with a city that has never had competitions, good people , I like the good reception and organization. “I hope that such activity will continue,” he said.

The calendar of cycling competitions in Kosovo has ended, but this is not stopping Imer from participating in recreational competitions. He does not see everything as a competition, he told KosovaPress that such a thing for him is to associate with people of the same passion.

“I am a regular competitor of Kosovo, I have participated in all competitions in Kosovo only because now their calendar is over, out of season it is a pleasure to participate in a little recreational competition, a little bit of a little social competitor,” he added. “Hell” weekend, temperature as much as 42 levels