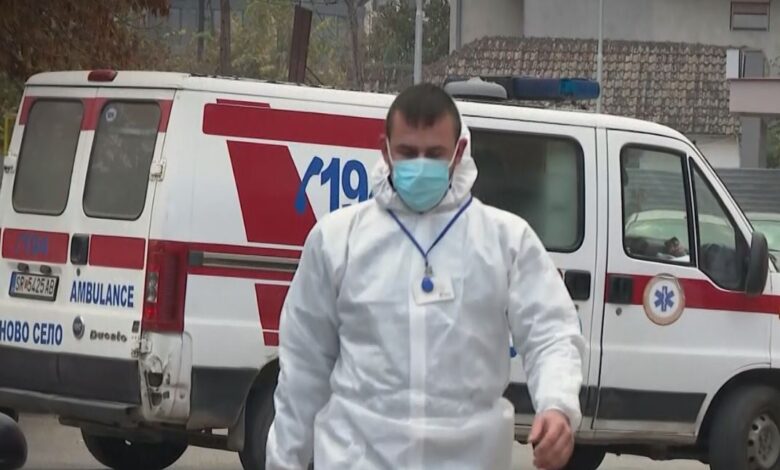 Neither high temperatures nor COVID vaccines were enough to prevent a new wave of pandemics in northern Macedonia. Although expected to arrive in October, the fourth wave took off in early August.

Compared to today a year ago, when anti-covid vaccines have not yet been detected, there were only 139 new cases, and for the whole month of August there were more cured than affected.

In the last four weeks we see a rapid increase in those affected where out of 15 infected became 588 and out of no deaths on a daily basis there are now 8 patients who died and hospitals are filling rapidly.

In order to be effective in immunizing the population against an aggressive pandemic such as CoVid19, mass vaccination of the population had to be done in a very short period of time.

So said epidemiologist Alexander Stoyakov, criticizing the authorities that this fourth wave that is just beginning would not happen at the summer solstice if all vaccinations were done during the spring. The former head of the now-retired CPH said that over the years when events were completely banned, more than 440 weddings were held illegally, while this year this large number of family parties will lead to an apocalyptic situation in the country.

“Economic profitability has definitely been seen here, so now we pay the high cost. But it is paid by people who should not have paid it. Health workers can not see any white day. They too are at risk of carrying the virus to their homes and they have families. It’s not just money! It is not just a matter of pleasure, public health must also be preserved. “Nothing was respected and unfortunately we will have four waves because the vaccination process was delayed,” said Aleksandar Stoyanov, an epidemiologist.

According to the figures of the Ministry of Health, the vaccination has exceeded 1 million with one dose, but in reality, less than half a million of the citizens or ¼ of the population in the country are completely immunized. In the last four days, the number of people interested in vaccination has doubled, and it was decided that from Monday, August 16, there will be restrictive measures for those who are not vaccinated.

At the vaccination points as well as in the field throughout the country, yesterday the first dose was received by 8,914 citizens, while during the last 24 hours a total of 16,020 vaccines were applied. In total, 1,016,700 vaccines have been given since the beginning of anti-covid immunization, of which 454,788 are cloud vaccines. “

But how protected are we as a community in launching the new wave of pandemic when the figures have for days show infected over 10% of those tested ?! Official data show that the most vulnerable categories of citizens such as the elderly, the chronically ill and employees of vital state institutions are not fully immunized. Only 66% of the elderly over 70 have received a dose, while 50% of the vaccinated over the age of 50 barely reached./Alsat/

Influx of patients with COVID-19 in Gjakova, the hospital is mobilized – Latest News