Members of the Peace Implementation Council condemned the steps of the RS Meeting, and Russia refused to hitch the assertion 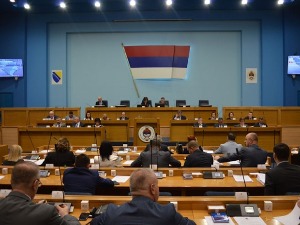 Ambassadors of the Steering Board of the Peace Implementation Council (PIC) spoke on the occasion of yesterday’s session of the National Assembly of the Republika Srpska, which adopted the conclusion that the decision to ban genocide denial does not apply.

“Rhetoric and actions that undermine the functioning of the state of Bosnia and Herzegovina, including boycotting state-level institutions and blocking vital decisions, destabilize the country and run counter to the Dayton Peace Accords. Such moves do not serve Bosnia and Herzegovina’s interests and hamper European integration and progress in 14 key priority “, it is stated in the statement of the ambassador of the Peace Implementation Council, reports Kliks.

The statement also states that “revisionism, glorification of convicted war criminals and denial of well-documented and established facts about war events, including genocide, are unacceptable.”

The statement estimates that this is in contradiction with the basic European values ​​and that it undermines the stability of the country and the well-being and prosperity of the citizens of BiH.

Ambassadors of the PIC Steering Board call on the authorities to “refrain from destabilizing behavior”.

They call on all political leaders in BiH to focus on “supporting peace, stability and prosperity for the citizens of this country and promoting reconciliation, built on mutual recognition, empathy and respect for all victims,” ​​the PIC said.

The ambassador also emphasized his “continuous support for the authority and mandate of the High Representative” and his role until, as they say, the goals and conditions for BiH’s exit from the regime of international supervision are met.

Russia refused to join the statement

The Embassy of the Russian Federation in BiH announced that it refused to join the statement of the ambassador and stated the reasons for such a move, RTRS reports.

The Russian Embassy points out that High Representative Valentin Inzko ended his term on May 27 and that he did not have any authority to introduce amendments to the Criminal Code.

The statement states that Russia has always opposed the use of “Bonn powers”, whose even the broadest interpretation does not give it the right to interfere in the activities of the legislative power.

The embassy also reminds that the decision of the National Assembly was made by a legally elected democratic body of government.

“It turns out that our partners consider BiH a negligent student who fails to pass ‘exams’ and get rid of international supervision. For more than a quarter of a century, a sovereign state that has held the position of a non-permanent member of the UN Security Council must ‘repeat the year’ … “For these reasons, we consider the Office of the High Representative to be a brake on BiH’s development path and insist on its unconditional closure. This is the case when the advantages have long since turned into irreparable shortcomings. Therefore – it must be closed!”

The members of the Steering Board of the Peace Implementation Council are: France, Italy, Japan, Canada, Germany, Russia, the United States, the United Kingdom, the Presidency of the European Union, the European Commission and the Organization of the Islamic Conference (OIC) represented by Turkey.

The Peace Implementation Council consists of 55 countries and organizations. It was established in 1995 in London, after the conclusion of the Dayton Peace Agreement.