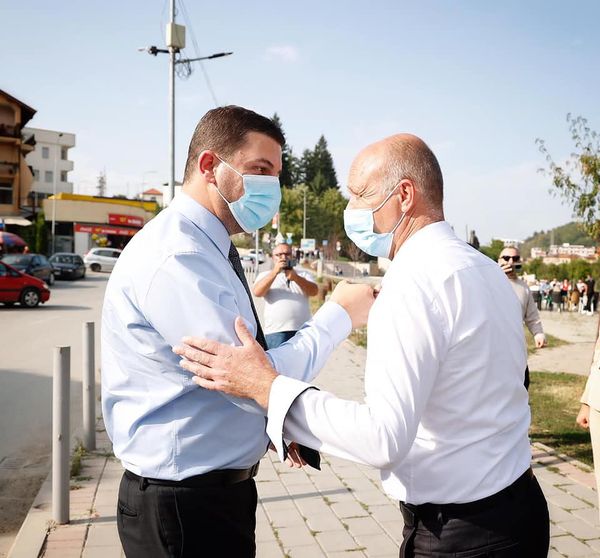 The chairman of the Democratic Party of Kosovo (PDK), Memli Krasniqi stayed today in Kaçanik, where he said that the citizens of this municipality have united without political differences to elect Besim Ilazi as mayor in the first round, to continue the good work he has done.

In a Facebook post, Krasniqi said that in the political map of Kosovo, Kaçanik has always had a special place for PDK, believing in the vision of this party.

“We will use this trust of the citizens of Kaçanik exclusively for them, and for their benefit. “With the mayor Besim Ilazi, we are determined to take the responsibilities of this new mandate, to change the physiognomy of Kaçanik”, said Krasniqi.

THE LAST SHOCK OF THE FLIGHT! GET READY FOR THE WEATHER SHOCK: In the course of subsequent week, there shall be a robust blow from KOŠAVA AND RAIN