MFA: Russia intends to undermine Western affect and impose that Russian on the area 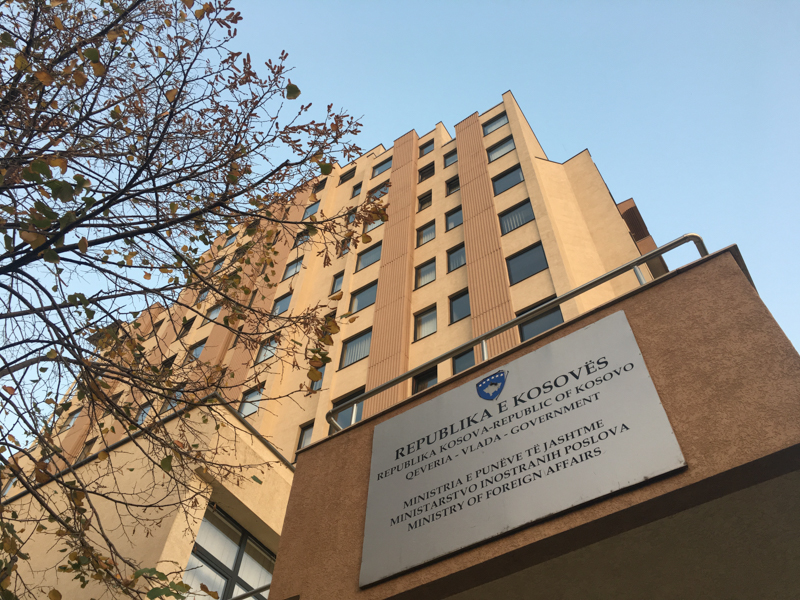 MPKD in a statement to the media says that last week, the Republic of Kosovo marked the 13th anniversary of its independence.

“Although Russia has been involved in the process of resolving the status of Kosovo together with 5 other countries of the Contact Group, in the end it broke the consensus by threatening with VETO any resolution in the UN Security Council that would enable the creation of the state of Kosovo. . In 2010 Russia again came out against the opinion of the International Court of Justice on the legality of Kosovo’s independence, although Serbia, with Russia’s support, had insisted through the UN General Assembly for an opinion from the ICJ. From the beginning of the Kosovo-Serbia dialogue, through its actions Russia has always tried to prevent reaching an agreement. Construction of a “humanitarian” base in Nis near Kosovo, launch of a Russian-sponsored train to enter Kosovo by force, organization of incidents in the north of the country by Russian UN members in Kosovo, Russian sponsorships to produce “Fake news” in Kosovo and the region, serious commitments of Russian diplomacy to condition states and certain leaders to ‘withdraw the recognition of Kosovo’, as well as many other public and non-public actions in various international forums, clearly show the tendency Russian disruptors to obstruct the reconciliation process and disrupt peace in the region. “In this way, Russia intends to undermine Western influence and impose it on Russia,” the statement said, adding that for its own interests, Russia has tried to use the Kosovo case to compare it to other cases in the world, such as Georgia and Ukraine and other crises in the Caucasus and elsewhere, but in each case has failed.

“Kosovo’s independence has come as a result of a process, which has gone through all levels of the international system. The legitimacy of the state of Kosovo has received the unanimous assessment of the ICJ, that this process has been done in accordance with international law. It is recognized by 117 independent states. As a young and democratic state, Kosovo during these 13 years has proven to be a responsible and serious country, which continuously aims to advance good neighborly, regional and wider relations. Days ago, Kosovo held its extraordinary elections. Although in pandemic circumstances, with the election process of February 14, the institutions and the people of Kosovo proved that they share European democratic values, where the law and the word of the people are valued and respected. These elections were a model for the region and perhaps for many Western countries as well. Despite the democratic political changes, Kosovo enjoys a broad consensus on a commitment to dialogue for mutual recognition with Serbia, on defined principles of respect for territorial integrity, constitutional order, and its unitary character, in a framed time frame, and with a defined epilogue. “Mutual recognition as the only solution that guarantees stability and lasting peace in the region,” the statement said.