Montenegro doesn’t need to humiliate anybody, particularly not Serbia 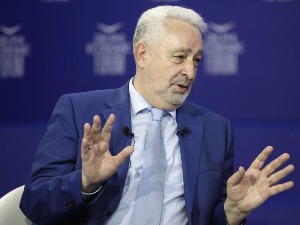 Krivokapić wrote on Twitter that the Government, headed by her, has never humiliated anyone, nor does it intend to. “Especially Serbia, which is closest to us. We wanted and still want the best possible relations,” Krivokapic stated.

Krivokapić added that that was exactly the reason why they thought, and still think, that we should sit down as soon as possible and solve everything that burdens our relations.

“We are looking forward to the announced meeting, primarily for the benefit of the people living in both countries,” Krivokapic emphasized and “tagged” the order of the President of Serbia “President” in his messages.

Earlier today, Vučić told Montenegro and its Prime Minister Zdravko Krivokapić that Serbia wants the closest relations with Montenegro, not to ask for anything, but not to allow anyone to humiliate Serbia.

The winner of the Super Cup, beats Prishtina after the sequels – Latest News