Optimistic residents: The subsequent authorities to work for everybody 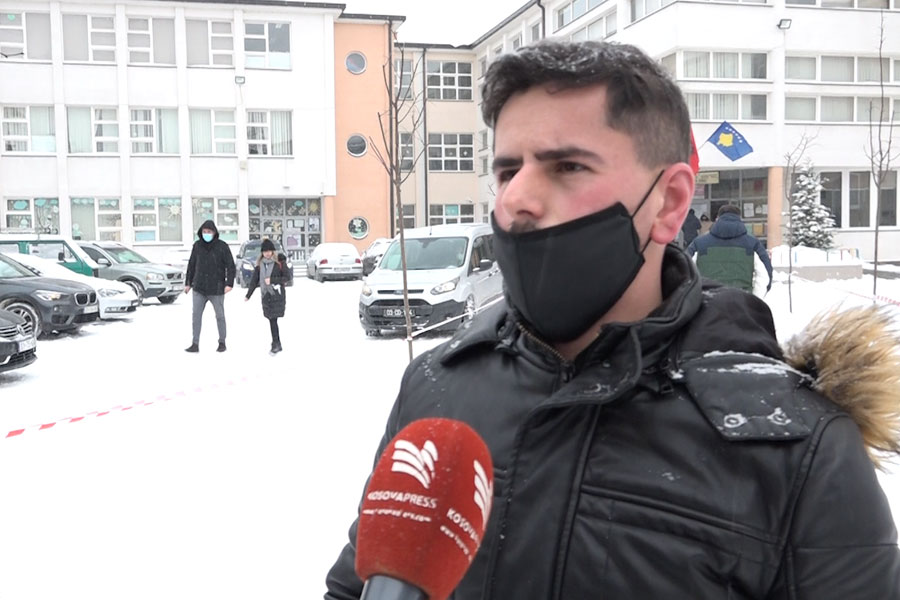 The influx of citizens for voting has increased since noon, which in this cold weather some of them demand better welfare, employment, as well as more advanced education and health.

Some of them had come from Germany to vote in the parliamentary elections, demanding better governance for Kosovo.

Citizen from Pristina Fatlum Hasimi stressed that changes in governance in Kosovo are necessary, as he said for economic development, better education and foreign diplomacy in the interest of Kosovo.

“We expect better results related to the citizens of Kosovo. I believe that they will be necessary for everyone… There are several main areas, economy, education, domestic – foreign policy. I believe that there will be a change, but we are waiting for the results that come out after the counting “, stressed Hasimi.

While, Rexhep Rukovci at an advanced age who has come out to vote in this harsh weather, says that the next Government should work harder in the interest of the citizens.

“Please do it better, and I do not know what happens tona Our demands are to work as required, with interest for citizens more than for themselves,” said Rukovci.

The compatriot from Germany, Isa Rexhepi says that he came to Pristina only to vote and demands that his vote be in the service of a change for the good of all, including the diaspora.

“Yes, we expect a lot of changes for the economy, health and in all areas. So we have high hopes for these elections. We especially the so-called diaspora a kind of peaceful revolution we are doing. Because, we are angry with the previous governments, as none of them have fulfilled the promises as they were given in the previous campaigns. Therefore, we have now taken this initiative to make changes within the possibilities. Did you come to vote? Yes, I came to Berlin because we did not trust the CEC. We have completely lost faith in this institution. So now we see, we are trying to make changes for the better, for everyone and for us “, stressed Rexhepi. Whereas, Jakup Gashi from Prishtina says that they expect changes from these elections, even though he does not believe that the parties will fulfill all their promises.

“Yes, I voted for changes, but I do not expect that they will be realized, because we do not have any production. “With customs alone, the budget can not be made, as we are thinking of supporting education and health,” he said. While, Valmira Hasanaj from Albania, who lives in Kosovo, says that the people are tired of past governments, for which they seek a perspective and economic development, and at the same time the unification of Kosovo with Albania.

“We pray that the one who deserves it and the one who does something for Kosovo win, because we are tired of… I am from Tropoja, Albania, live here, I want Kosovo and Albania to move forward and we pray that our lands will be united”, said Hasanaj .

Today’s snow did not prevent Fahrije Bytyqi from going to the polls either. She tells KosovaPress her expectations from the February 14 elections.

“It seems to me that it is going very well and we are all aware as a people. I even went out in this cold to vote… I expect big change. Ishalla I even look forward to hiring young people. “I have children with a customs master’s degree, they are out of work,” she said.

Whereas, today in the whole country the polling stations are open from 07:00 in the morning and will be closed at 19:00.

Municipality of Prishtina is announced: Road maintenance is being uninterrupted, we have engaged 9 operators

Ambassador Kosnett to the citizens of Kosovo: Go out and vote for your future – Latest News