Overlook the troubles, do just like the Balu bear that refreshes day by day within the tub of the petal tub 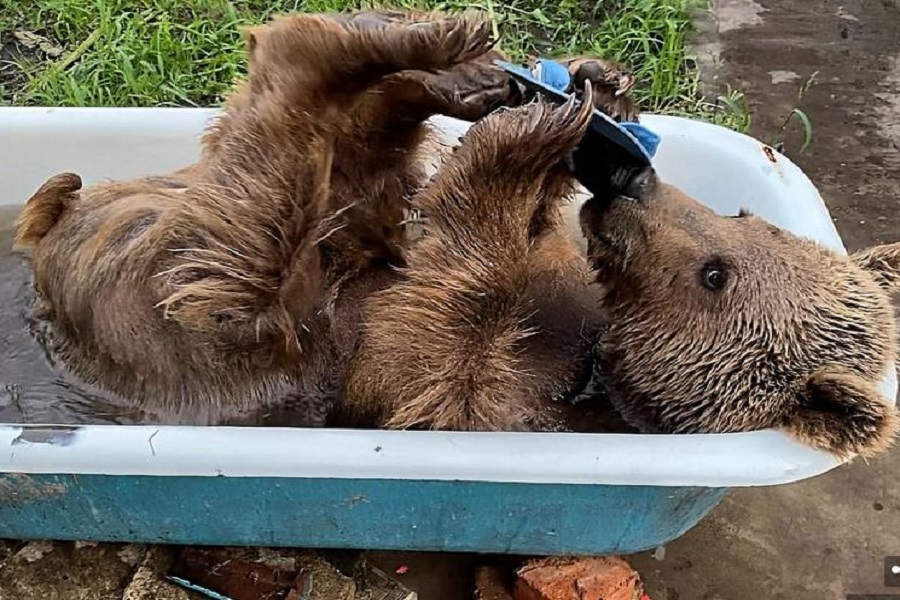 A brown bear is filmed relaxing from the hot temperatures, in a tub of flower petals, just like his human friends.

The Balu bear was seen crawling happily in the water with rose petals in the vicinity of his garden in Saratov, Russia.

He likes to spin in the water just like a person after a tiring day of work, says his owner Ruslan Tsyvilev.

Ruslan had taken Balu home during the pandemic, when zoos were closed and could not afford to keep animals.

Already the scary-looking animal enjoys every day his bath in the bathtub, reminiscent of swimming times.

“This amazing gold requires a bath in the bathtub every day. Every time you see it filled with water, it jumps inside. It floats there for almost 15-20 minutes and then comes out of it renewed “, said the photographer Anna Prigorodova.

Balu previously lived in a zoo in Saratov, where he was rescued by the current owner Ruslam.

Saratov is a large port city in southwestern Russia, on the banks of the Volga River.

Russia has one of the largest populations of brown bears in the world in the wild with about 120,000, and as many indoors.

The Mayor of Subotica wished the reapers a bountiful harvest! Bakic on the celebration of the nationwide vacation of Bunjevac / PHOTO /