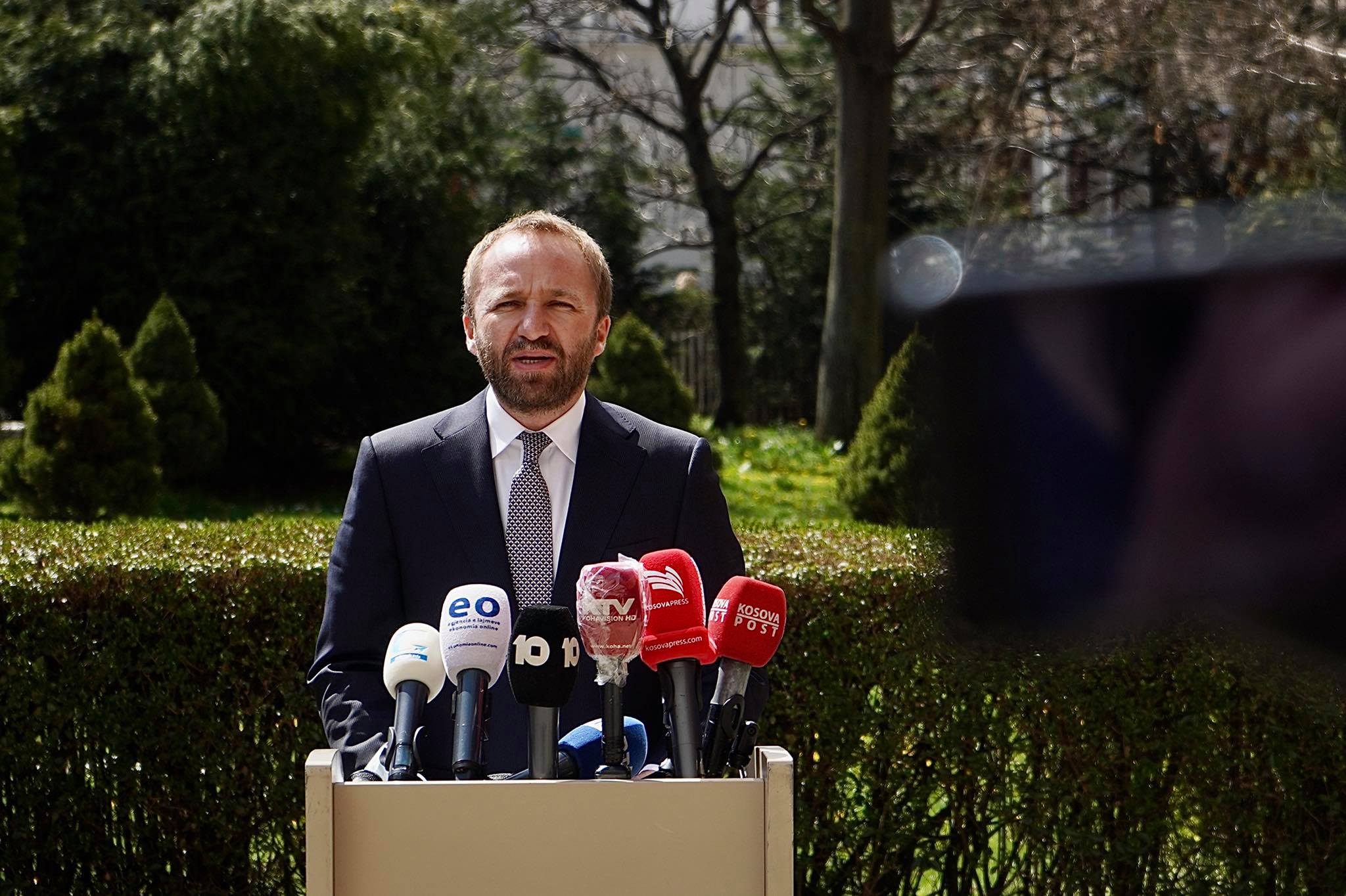 The Democratic Party of Kosovo has submitted today to the Assembly of Kosovo three requests for parliamentary debates related to the failure of the government to provide the vaccine, the situation in the education system and the economic situation in our country.

The head of the PDK parliamentary group, Abdelard Tahir, said that the first debate will be held on the issue of vaccines, which he said was a promise of Prime Minister Albin Kurti that 60 percent of the population will be vaccinated within this year, and that According to him, this government has not managed to provide even 60 vaccines.

As for when these debates will be held, he said that it is up to the presidency to decide, but that he said he believes that the first debate will be held on Thursday.

“As the PDK WG, we have decided to call three parliamentary debates next week, the first parliamentary debate will be the debate related to the failure of the Government to provide the vaccine. You remember that Prime Minister Kurti with his program presented that in the first year of government he will achieve 60 percent of vaccination of the population of the Republic of Kosovo and you are witnesses that today he has not provided even 60 vaccines and left it until at the end of the year to vaccinate 60 percent of our population in the Republic of Kosovo. Another thing that is also very important to remind both Prime Minister Kurti and his party is that in their program it was right that from the beginning of his government he will cooperate closely with the Republic of Albania for the provision of vaccines for the citizens of the Republic of Kosovo and what happened the opposite happened, exactly Mr. Kurti unfortunately refused the help “, he said.

This debate said that it is also related to the serious situation that has gripped hospitals throughout the territory of Kosovo. For this, he has invited the Prime Minister Albin Kurti and the Minister of Health, Arben Vitia, to be present in this debate, in order to clarify, according to him, the irresponsibility in the commitment to provide vaccines for the citizens of Kosovo.

Tahiri requested that Prime Minister Kurti, instead of visiting Lezha and Kruja, visit Brussels and other important centers, which can help Kosovo in providing vaccines for the citizens of Kosovo.

The second debate, Tahiri said that will be the situation in the education system in Kosovo, where he stressed that they can not allow the year 2021 to be a failure in terms of education. Tahiri added that about 345 thousand students and 23 thousand teachers, today have been left without a concrete plan and without support from the government.

He also criticized the Kurti government regarding the economic situation, saying that it is still unknown what the next recovery package will be.

“We are witnesses that 2020 has been a lost year in terms of education in the Republic of Kosovo, but under no circumstances can we tolerate it and we can not allow 2021 to be a lost year. On the other hand, we do not see any project, we do not see any commitment, we do not see any strategy of the Minister of Education regarding the efficiency and more efficient organization of online learning Ë It is a debate related to the economic situation in our Republic, so we still do not have a clarity in the implementation of the package for economic recovery, we still do not have a clarity that everything will happen to those 60 thousand citizens who have already lost employment contracts from the employer in the private sector, we still do not have any clarity and strategy of this government even in its beginnings what will be the next recovery package, what will be the commitment of this government in supporting businesses, in supporting many citizens who have already lost their businesses as a result of the situation created by the pandemic “, He said.

The head of the PDK parliamentary group said that they are seeing inaccurate closures from the current government, which are causing big problems for businesses. He added that measures are to be taken to take care of the health of citizens, but on the other hand said that they should help businesses.

He also criticized the lack of a governing program by the Government of Kosovo, while commenting on the lack of holding sessions in the Assembly of Kosovo.

“You are witnesses of what the Prime Minister of the Republic of Kosovo in the last session said that we are doing a scan of the situation and then we will do the program based on the findings and this is the biggest mistake and failure, because a government team comes up with concrete plans to govern the country and with concrete plans and he seems to have none. So, we as an Assembly depend a lot on the initiatives of the government that seem to have been very deficient and that it seems that they will be very few “, said Tahiri.