Plepolli: In “Fadil Vokrri” they’ll have a tough time beating us, right here is how Ibra will be stopped 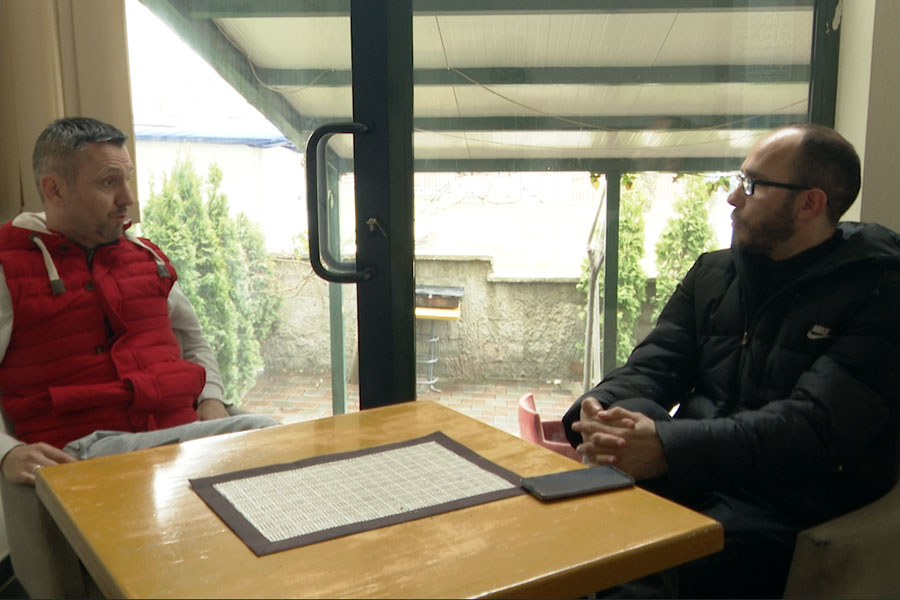 The coming ten days are extremely important for the Kosovo National Football Team. “Dardanët” led by coach Bernard Challandes will play three matches, two of which are valid for the qualifications for the World Cup “Qatar 2022”

Lithuania comes to “Fadill Vokrri”, on March 24 for a friendly match and then Kosovo hosts Sweden and goes to Spain on March 28 and 31.

Analyst Arsim Plepolli, speaking for KosovaPress, expressed optimism in the face of these challenges because Kosovo has returned very important names that will give strength to our team.

“We are happy with the fact that now we have players that we did not have before. It is about the top striker, Muriqi, although he is not being activated for example from the first minute, but he is still having minutes. We have the return of Rashica, we are happy with the fact that Rrahmani has also returned. We all know that it is a very strong group do .we will play with Sweden. Now maybe I say a little unfortunately for us that Zlatan Ibrahimovic is also coming back, we have seen it is an attacking ball, but in any case we should not rely on who plays from the opponents but we should rely on our national team and pray that we have all available, all players ……. We think we will succeed even though it will be very difficult because we know that the Kosovo National Team is young, especially without “Dardanët” is a little paler. “, Said Plepolli.

The landing of a striker like Zlatan Ibrahimovic at the “Fadil Vokrri” stadium will undoubtedly be an additional threat to Kosovo, but Plepolli says that the Swedish tall man can be stopped if we find a corpulent player to place in front of him, although it draws attention that the focus not to be alone in Ibra.

“But we certainly know that Zlatan Ibrahimovic is an attacking ball that I do not forgive when he is in front of the goal, he is very strong. Then we have to find a corpulent player but we should not focus only on Zlatan Ibrahimovic because Sweden has quality players… .they are a collective group. We know that the Swedes have an almost all-German mentality, they never give up…. “It is a very serious national team to respect, but no matter how we are in our stadium” Fadil Vokrri “, sometimes we know how to play very good games,” said Plepolli.

The absence of Mirlind Daku, the top striker in the Balkans by coach Bernard Challandez made a big noise in the football-loving public in Kosovo, but Plepolli, speaking for KosovaPress, says that we should not interfere in the coach’s election but that he should be held responsible for the decisions it makes and good results.

“We should leave all the competencies to the selector and we should not interfere in the selection because at the moment you are involved in the selection or someone is inclined to take it or not, then the selector does not take responsibility…. But he must know one thing, if there are no results, he must go from there. And why did he not take Daku, why did he not take the other one, then let him think as a selector. … ..I think there was room to cool down at least in the gathering, but still, I said the responsibility remains on the selector… ..Let him get the job done, let him select whoever he wants, but we want results. Therefore, let me think well that we want the results, we do not care who is invited or who is not “, stressed Plepolli.

Regarding the expectations that Kosovo should have from these two matches with Sweden and Spain, Plepolli stated that despite the fact that these two national teams are favorites, they will not have an easy time to triumph at the “Fadil Vokrri” stadium.

“Now to be real, both teams with us are favorites, like Sweden, like Spain… ..Football is never known, you can find me for example not find the day of the Swedes or the day of the Spaniards but we are in the top form even then we can punish them. “I think that in” Fadil Vokrri “it will be very difficult for some teams to defeat us,” Plepolli said at the end.

In addition to Spain and Sweden, Kosovo is in a group with Georgia and Greece.