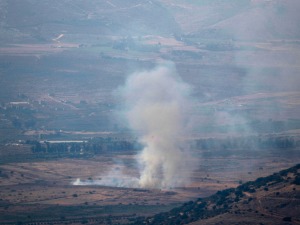 The Israeli ambulance service announced that there were no victims on the Israeli side of the border, Reuters reports.

Sirens for a rocket attack sounded in several Israeli settlements in the north, including the city of Kiriath Shmona, near the border with Lebanon.

A statement from the Israeli army states that three rockets were launched from Lebanon, while one did not reach the territory of that country.

Lebanon also reported that several rockets were fired at Israel. In response, (Israeli) artillery forces attacked Lebanon, “the army said in a statement.

The border between the two countries has been mostly peaceful since 2006, when Israeli forces fought against Hezbollah guerrillas, who then controlled southern Lebanon, according to Reuters.

Smaller Palestinian factions in Lebanon have sporadically attacked Israel in the past, and two rockets were fired at Israel on July 20. There was no material damage or casualties on that occasion.

Israel also responded to that incident with artillery fire.

Drita will play 3 friendly matches, these are the opponents – Latest News

‘Wisdom and Fear’ Lead 90% of U.S. Seniors to Covid Vaccines