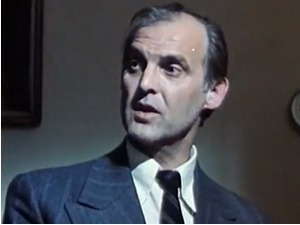 Radko Polič was born on August 17, 1942 in Črnomlje, Slovenia. He was a member of the Drama ensemble of the Slovenian National Theater in Ljubljana. He got his first film role in 1961.

In the Association of Dramatic Artists of Slovenia, the news that “our friend, colleague and versatile theater, film and radio creator” had said goodbye was accompanied by Polič’s thought: “Everything is a lie. There are no tunnels when you die. The only thing I remember every time I was dying was thinking: well, mother, I’m going to…”

He appeared in almost 60 feature films, played more than 50 roles in television films, dramas and series, and left his mark in more than 100 radio plays.

Radko Polič Rac left an indelible mark on the theater in Slovenia. The list of his roles, for which he will remain in the memory of the audience and listeners, is really long and priceless, according to the announcement.

Rac was also one of the most respected film actors both in Slovenia and in the countries of the former Yugoslavia.

In 1970, he received his first major recognition from professional critics and the audience at the Borštnik Festival. Among the more prestigious recognitions, he received the Prešeren Foundation Award in 1972, Borštnikov prsten (2002), and the Prešeren Award for Lifetime Achievement in 2007. He also received the Župančič award for the best actor in 1991. He won the Golden Arena in Pula for the best film lead male role in 1976 for the film Idealist.

He was also awarded with two Sterija awards for acting creativity (1979 and 1982), the Sarajevo MES festival crowned his play with the Golden Laurel Wreath (1987) and the award for the best play at the Monodrama Festival in Ptuj (2001).

He is known to the Yugoslav audience, among others, for his roles in the films Balkan Express, Čaruga, In the Jaws of Life, Igman March, Conquest of Freedom and many others.

In 2015, the Society of Slovenian Film Directors awarded him a lifetime achievement award in the field of film acting.

Radko Polič’s father was a Slovenian writer and politician. He was married to Rozalija Hace, Milena Zupančič and Barbara Levstik, with whom he has a son.

Part of his personal or love story was shown in the play Boris, Milena, Radko, which was written and directed by Dušan Jovanović in 2013, and in the documentary film about the origin of this play – Every good story is love, directed by Rajko Grlić and Matjaža Ivanišin .

In 2007, when he received the Prešeren Lifetime Achievement Award, Jernej Novak wrote in the explanation: “Rac enters the stage as a completely naked and infinitely vulnerable man, given over to fate to play with him.” He struggles with it, suffers and dies. He never gives in, his fight is passionate, uncompromising, and evokes the viewer’s sympathy. Between the sharpness and pain that mark his struggle with the world, Radko Polič draws in many contrasting moods and feelings, with which he shapes his stage character into the features of a modern man, faced with the contradictions of the modern world.”

At the presentation of the Prešeren Lifetime Achievement Award, Polič said that his acting oeuvre reminds him of a chest in which he searches for a piece of truth, but otherwise, as he said, it is an eternal “entanglement of terrible pleasure and hellish torment.” Talent is only 10 to 15 percent of role creation, everything else is “hard work”.