Russia higher than Kazakhstan, Serbia positively and not using a visa for Tokyo 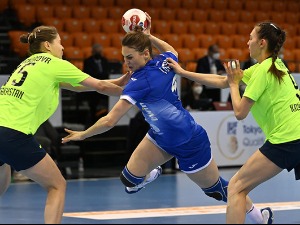 Russia defeated Serbia in the first round, and in the second round it struggled for a long time with the outsiders Kazakhstan, but still in the end it reached a convincing triumph.

Serbia is, after the defeat by Hungary, hoped for a potential surprise, but in the end the victory went to favored Russia.

The Kazakhs held up well in the first 30 minutes of the game, which Russia decided in their favor 17:16.

In the continuation, however, Russia showed that it is a better team and recorded a victory worth placing in the Olympic tournament.

On Sunday, the matches of the third round are on the program, Serbia – Kazakhstan and Hungary – Russia, but without the significance of the result.

Hungary and Russia will play in Tokyo this summer, while Serbia and Kazakhstan were left without a place in the Olympic Games.

Hailey Bieber shows why she and Justin got married so young