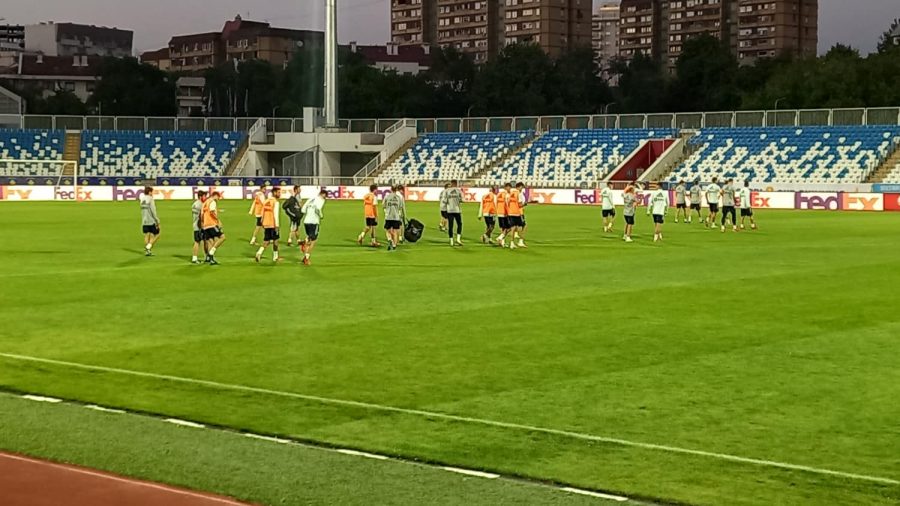 The Spanish national team also held training today at the “Fadil Vokrri” stadium in Pristina before the match against Kosovo on Wednesday at 20:45.

World-class players like Sergi Busqets, David De Gea and Alvaro Morata have tested the field where they have practiced ball meetings and are ready to face “Dardanët” in the framework of qualifications for the World Championship “Qatar 2022”. reports KosovaPress.

Spain is the leader of Group B with 10 points while Kosovo is ranked fourth in this group with four points collected after four matches.

In the pre-match press conference, the Spanish coach Luis Enrique described Kosovo as a team that applies high quality football and that this is one of the most difficult matches in this group for his team.