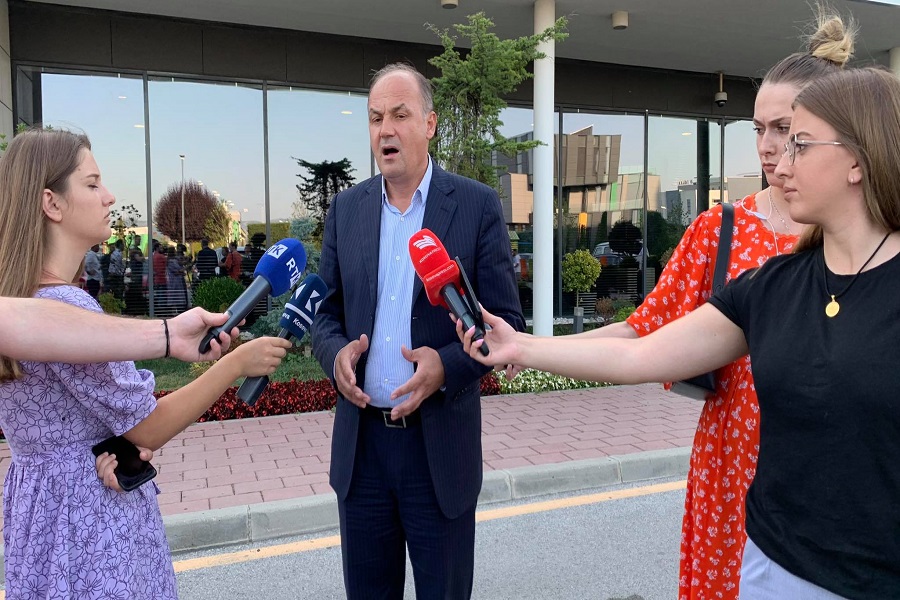 The PDK steering council will meet tonight to discuss the election convention on July 3, where the new chairman will be elected.

Before the meeting of the steering council, Enver Hoxhaj addressed the media to reveal the details of the discussions they will have.

He said the purpose of the election convention is to return the PDK as the first party in the country.

“Today we have the meeting of the Steering Council of PDK, which aims to prepare as well as possible for the election convention of PDK on July 3, and the main purpose of the convention is for PDK to return as the first party in the level and gain weight in our political life and the debate is about what structure we should offer and what is being discussed in the PDK Steering Council and what PDK members have told me, who want the PDK to win change their message is for profit jonë Our main expectation is our return to many municipalities in Kosovo and the convention is in function of preparing for the local elections and you will see that on October 17 PDK will return most of the municipalities starting from Mitrovica and to Prizren with the best candidates “, said Hoxhaj.

“It is not a race between us, because PDK needs power at the central level, as the current government of Mr. Kurti, which is authoritarian and is hurting the country every day. Where have you heard in Europe in the last 70 years who when asked about a US administration document says I have not read it yet, let me read it, you can see what they think. Therefore, for me it is a crucial week and from Monday to think about the candidacy “, said Hoxhaj.

Furthermore, Hoxhaj said that all members of this party can run for the post of PDK chairman, while he did not want to reveal whether these candidacies will be unveiled at today’s meeting of the party’s Steering Council.

“What I did while I was acting president, I invited publicly, but it was not just a farce that I am a democrat, but I publicly invited colleagues in the structures of PDK, every devoted member to consider the candidacy of his candidacy, but the candidacy of everyone who can compete, should be measured by the power of the vote on July 3, but it should be measured by the national elections or will it make PDK the first national party in the country “, said Hoxhaj

Hoxhaj has announced that all possible candidacies for president will be submitted in writing to the working group of the party, which he said has the most potential to lead Kosovo.

Otherwise, the Presidency of the Democratic Party of Kosovo and the acting chairman, Enver Hoxhaj have resigned long ago from their current positions due to the holding of the Party Convention on July 3.