SUMMER IS NOT EVEN IN SIGHT! WEATHER FORECAST BRINGS SHOCK! A major drop in temperature awaits us! 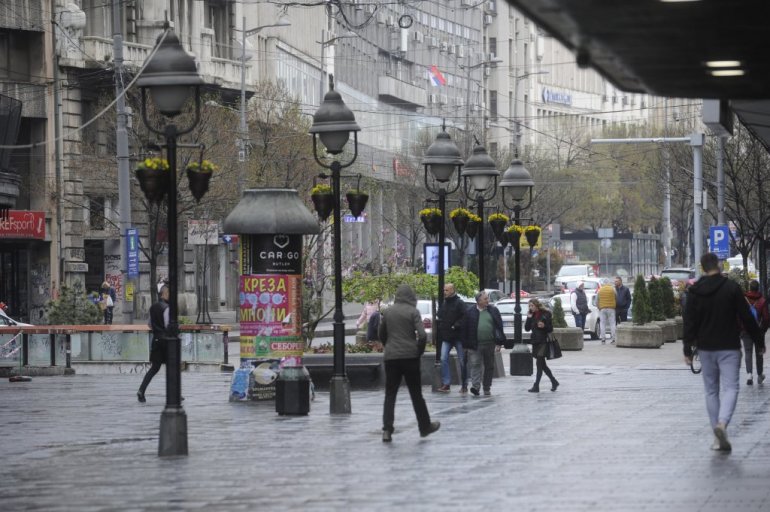 – On Sunday it will be cloudy and a little colder compared to Saturday. Mostly cloudy with rain should be in the south and southeast of Serbia. Today and tomorrow windy with moderate and occasionally stronger northwest wind. Today, the daily maximum is mostly up to 22, and on Sunday from 12 to 20 degrees – states Čubrilo.

At the beginning of the week, the weather conditions over our part of Europe, according to him, will be influenced by a high-altitude cyclone with the center over the east of the continent, while relatively cold air will continue to flow from the north.

DO NOT LEAVE THE HOUSE IN THE NEXT TWO HOURS! RHMZ emergency warning! Rain and thunder in these parts of Serbia!

– Over the central, and especially the eastern areas, until Wednesday, mostly cloudy and relatively cold with frequent rain and local showers, which in some places can be strong with less frequent hail / hail. Over the western and southern parts of the region, there are significantly fewer clouds with more sunny intervals and mostly no precipitation – states the meteorologist and adds that the amount of precipitation will generally not be high.

On Monday, when the maxima over a large part of the region will remain below 15 degrees Celsius. The consequence of that can be snow in parts of Serbia that are above 1,000 meters above sea level.

– With more and more sun and less and less showers, the temperature will gradually increase and by Friday, the maximums would reach around 25 degrees Celsius. Around June 7, it could be a little warmer with a maximum of about 30 degrees, while then refreshment is possible with thunder showers. – states Čubrilo.

For now, there are no conditions for a longer or stronger warming.

Heynckes, Klopp and Tuchel – the special joint of the three German coaches in the Champions League – Latest News

Occasions of Could 30th