THE DIGIT FUNNING YOUR HEAD! A part of the costliest subject was offered in Surcin, and that is its PRICE 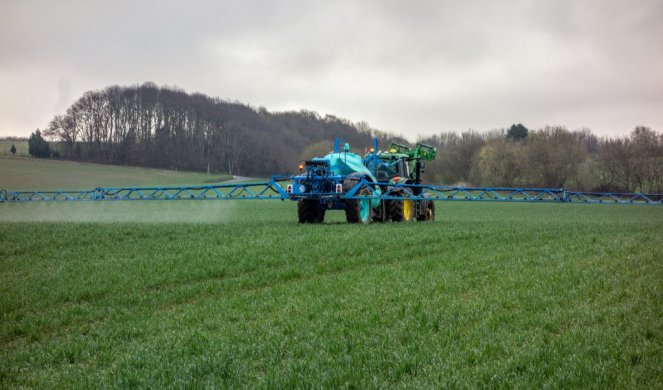 The buyer bought 59 acres in Jakovo, so he paid 146,910 euros for that plot, while the most money for agricultural land in Serbia was set aside in the municipality of Backa Topola, at a price of 1.2 million euros for 141 hectares, according to the Republic Geodetic Authority.

The fact that the average price of a hectare of arable land in Vojvodina, where the prices are the highest, ranges from 10,000 to 12,000 euros, also shows how high the price of a field in Jakovo is. Until now, the record prices of arable land were from 100,000 to 120,000 euros per hectare, while with the sale of the field near Surčin, this price has more than doubled.

According to the report of the Republic Geodetic Authority, the data from 2018 to 2021 show a slight increase in the prices of agricultural land.
– In certain areas, there is a significant increase in prices, which is a reflection of special influences – road construction and investment – according to the RGA.

Pixabay Arable fields are most in demand

Experts point out that arable land is increasingly in demand, but that there are fewer and fewer such areas, and that is why their price jumps.
– In Vojvodina, the land is of the highest quality and it is not surprising that some arable lands were sold for big money. The prices of agricultural land have been rising since 2001, when a hectare cost around 200 euros, in 2008 around 5,000 euros, and here you can see how many figures are being reached now – agro-economist Milan Prostran stated earlier.

In addition to agricultural land, in our country in recent years, and especially since the beginning of the corona crisis, the demand for cottages is growing. Thus, most of them were sold in Indjija, Grocka and Sopot. Most of the cottages were bought with a plot, and the prices ranged from 1,020 euros, which is the price for a cottage that was sold in Subotica, to 600,000 euros, for how much it was sold on Kopaonik.
When it comes to the real estate market, Dragana Milićević Sekulić from the Geodetic Authority believes that the price is mostly influenced by supply and demand. She explains that the most expensive apartment was sold in a new building, in “Belgrade on Water”, for more than 9,000 euros per square meter. The most expensive square in the old building cost 4,600 euros and is located in the municipality of Vracar. The apartment for which the most money was allocated in the first half of 2021 was paid 1,888,614 euros and has an area of ​​399 square meters.

Prices of agricultural land in the first half of 2021.

Prishtina again with the most active cases with COVID-19