The golden age of Serbian-Turkish relations, I requested for assist in supplying electrical energy in the course of the winter 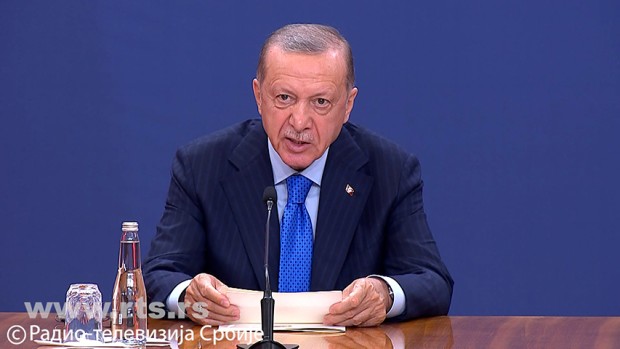 Vučić: The upcoming winter will be cold, but the next one will be polar

Aleksandar Vučić, answering a journalist’s question about the situation due to the war in Ukraine and its consequences, said that this winter will be very cold for us, and that he thinks that the next one will be polar for the whole of Europe.

“Because it seems to me that no one wants a solution. I’m afraid that everyone is expecting the defeat of the other side and not a compromise. And if you really think that you will easily defeat Russia militarily, we have to prepare well for the cold and polar winter.” Vucic said.

He added that within the framework of the Open Balkans there are efforts to request EU assistance for the import of electricity during the winter through a joint letter, but he is aware that the whole of Europe is calling for savings.

“We will have to make many important decisions, because the fall will not be easy either, the winter will be even more difficult,” said Vučić and pointed out that without the Turkish or Balkan stream, we would not have gas now.

Erdogan: Our relations with Serbia are at an excellent level, they are further developing every day

The President of Turkey, Recep Tayyip Erdogan, thanked the President of Serbia for the hospitality shown to the Turkish delegation and stated that today’s talks were very fruitful.

“During the conversation, we touched on our issues in detail and we really committed ourselves to the steps we will take in the future period. When it comes to events in Bosnia and Herzegovina, we exchanged views on regional and international issues. Our relations with Serbia, which are at an excellent level, continue to develop every day and the protocol that has just been signed regarding travel and the use of only ID cards will further improve our relations to a new level and since this year, 300,000 tourists have come from Serbia to our country,” said Erdogan.

He assessed that this means that since the introduction of border crossing only with an ID card, that number will further increase and added that this will not be the only progress achieved.

“Our business people who travel will be able to meet much easier and in a better way”, Erdogan said and noted that Serbia is the sixth country with which Turkey has signed a protocol on travel with ID cards.

He added that economic and trade relations between Turkey and Serbia are the driving force behind the cooperation between the two countries.

“The volume of our trade exchange continued to grow steadily despite the pandemic caused by the corona. Last year, the 33 percent growth we achieved reached about two billion dollars, and in order to reach our common goal of five billion dollars, I believe that we will to continue working with the same determination and we have confirmed this during our bilateral meetings and also during the meetings in the presence of our delegations,” Erdogan said.

He stated that the business forum of Turkey and Serbia, which he will attend today, is an indicator of the will to increase the volume of trade exchange.

“Our companies have about 50 projects in Serbia worth 847 million dollars, and I would like to take this opportunity to thank my dear friend Vučić for the support he provided to our contractors and entrepreneurs both in his own name and in the name of my people,” Erdogan said. .

Vučić: The highest level of relations in modern history

Aleksandar Vučić, at a press conference with Turkish President Recep Tayyip Erdogan, said that this is the golden age of Serbian-Turkish relations.

“We managed to raise relations between Turkey and Serbia to the highest level in modern history. We are well on our way to fulfilling what seemed to me an impossible goal – for the trade scale to reach five billion euros,” said Vučić.

He points out that Turkish companies are extremely important for Serbia because they employ almost 10,000 people and added that investments from Turkey are still coming.

He pointed out that the citizens will be able to see in action what has been achieved in the relations between the two countries, because in addition to the Turkish restoration of many cultural and artistic monuments, there is also the construction of the road Novi-Pazar – Tutin, as well as the bridge on Rača.

As he says, he discussed with Erdogan about all important issues, about improving cooperation, about stability in the region and how important it is to preserve peace, as well as about the situation in Ukraine and energy.

He asked Erdoğan that Turkey help us in supplying electricity during the winter.

To provide space for the Azerbaijani electricity to be transported to Serbia via Bulgaria, in order to ensure the quantities of electricity that we lack, said Vučić.

He also stated that Serbia is interested in the purchase of unmanned “flagship” drones, and that he hopes to succeed in this next year. The President of Serbia, Aleksandar Vučić, arranged, in front of the Palace of Serbia, ceremonial reception for the president of Turkey Recep Tayyip Erdogan, who is visiting Serbia.

The Turkish president was welcomed with the highest state and military honors, with the firing of 10 honorary volleys, a red carpet, the formation of the Guard of the Serbian Armed Forces and the singing of the national anthems of the two countries.

After the solemn ceremony, Vučić and Erdoğan talked privately, followed by a plenary meeting of the delegations of Serbia and Turkey and the signing of several agreements.

The volume of trade exchange is close to two billion dollars

The fact that the volume of our trade exchange has reached close to two billion dollars per year, with a tendency to increase, speaks of good, above all, economic relations.

According to the latest available data from the Serbian Chamber of Commerce, around 1,300 companies with Turkish capital operate in our country in the textile, automotive, construction and machinery sectors, as well as in banking and tourism.

In 2010, Serbia and Turkey signed the Free Trade Agreement, which had the greatest impact on the increase in trade.

Turkish President Erdogan was in Belgrade in 2017, then in 2019, when he pointed out that it is impossible to ensure lasting peace, stability and prosperity of the Balkan Peninsula without good relations between Ankara and Belgrade.

Turkey has openly stood behind the “Open Balkans” project, which has been emphasized several times.