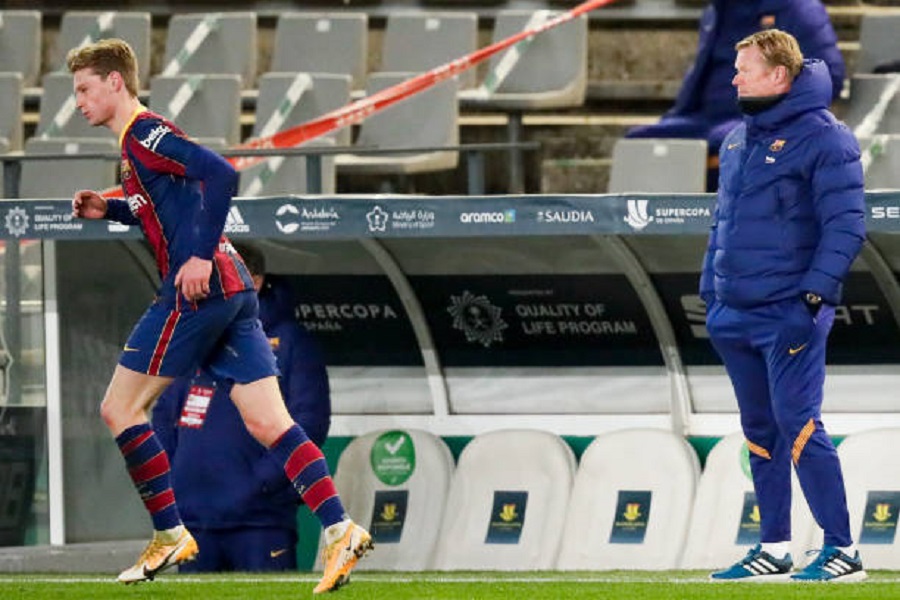 Ronald Koeman’s future on the Barcelona coach’s bench has been further complicated by the embarrassing loss to Benfica in the Champions League.

As against Bayern, Barça during the entire 90 minutes did not have any shots inside the gate of the Portuguese team, KosovaPress reports.

The Dutch coach immediately after the match was asked about his future and to everyone’s surprise he stated that he has the full support of the players, but added that he does not know if he has the same from the club leaders.

“I feel supported, very supported by the players here in Barcelona. But from the club? “I do not know that,” Koeman added.

Midfielder Frankie De Jong also spoke about the situation at the club and the future of the coach, saying that he does not think that the way out of this situation would be found with the dismissal of Koeman.

“In my opinion, I do not think the solution is to change the coach,” said De Jong.

Shpend Ahmeti for 8 years failed to build the fruit market in Prishtina!