THIS IS HOW FREE TITO HANDED THE RELAY! Aside from the protocol, the “most beloved son” hugged and kissed him, IT WAS NOT THE FIRST TIME THAT THE TWO MET ME / PHOTO / 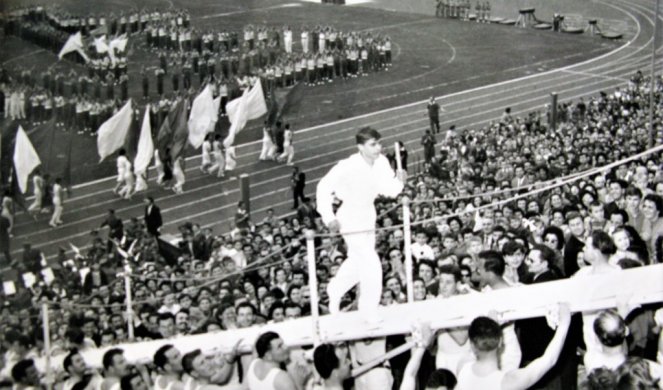 In his honor, young people carried the “relay of youth” from Triglav to Vardar and handed it over to Tito. The handover of the baton and the celebration of Tito’s birthday was at a mass ceremony at the JNA stadium and a magnificent youth event (gathering), in the presence of tens of thousands of citizens, and everything was broadcast on television.

The relay was an expression of the love of the young generation for Tito. It was worn by young men and women of all professions and nationalities – pupils, students, workers, farmers, athletes, soldiers, policemen and their elders… It was so popular that in those years, in the second half of the last century, local relays were made. About 20,000 pieces were worn before Youth Day. Only that federal relay was handed over to Tito, and the local ones were handed over to the municipal leadership.

That first year, the relay was carried by 12,500 young people, who ran 9,000 kilometers. Tito received the first baton in Zagreb, and then until 1956 in front of the White Palace in Belgrade. Since then, on Tito’s initiative, the event has been declared Youth Day and Tito has received the baton at the JNA Stadium with a magnificent youth event.

The rally was attended by young people from all over Yugoslavia, who made various figures with their bodies at the stadium. They trained for that for a month. It was a time of glorifying the cult of personality, although few were aware of it.

IT WAS SINGED BY HIS MOTHER! TITO ASKED FOR HIM TO PLAY A LULLABY, when they left, he put down his cigarette, HE SAID IT’S NOT GOOD AND … 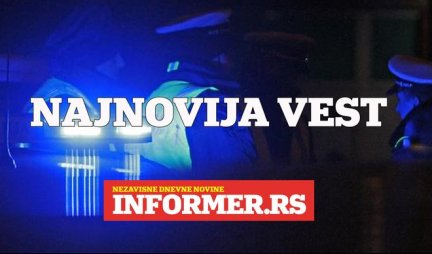 THE MEMORY OF HIM DOES NOT FALL! Today marks the 41st anniversary of Tito’s death! 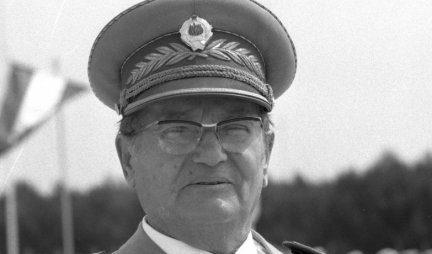 Slobodan Jovanović from Užice was among those who personally handed the “Mladost” baton to Tito. He was 20 in 1961, and today, at the age of 80, he fondly remembers that event.

– That event is something that cannot be forgotten in my life and the memories are still sad. There were over 50,000 spectators – says Jovanović, a metal turner at the time, employed in the military part of the “Prvi Partizan” factory. 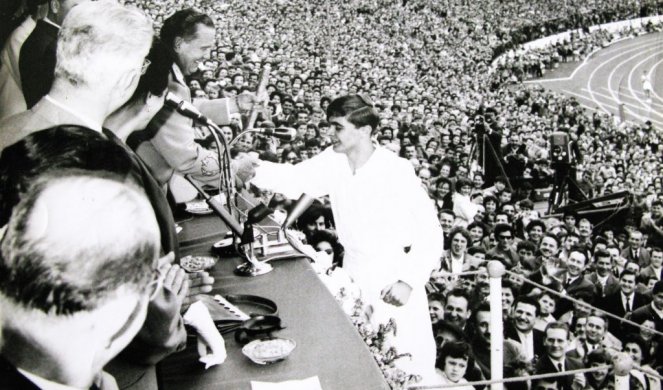 Slobodan entered a wider circle of those chosen to personally hand over the baton after the central celebration of 20 years since the revolution in Yugoslavia. In that part, Tito was personally in Užice, he opened today’s City Square with Tito’s monument. Then it was decided that Tito’s baton would be handed over by a peer of the revolution, that is, someone in his 20s, and that he must be from Uzice.

The father of the communist died in Kadinjača, the sister of the partisan captain

– I had, what would pedigrees say about it. My father was a shoemaker, and in 1941 he ran a communist cell in Užice in that workshop. And when there was a battle on Kadinjača, my father left and did not return, he died there. My sister Miles also left the Gymnasium to join the partisans and returned from the war with the rank of captain.

In 1961, I was an active youth. I had the trade of a metal turner and I worked in the military in the “First Partisan”. So, I was suitable for that part, to hand over the baton to Tito – says our interlocutor.

Slobodan remembers that the three of them were shortlisted.

– The Central Committee in Belgrade decided that it would be me and I was very excited. They gave me text in A4 format to learn. I learned it by heart, and seven to ten days before May 25, I stayed in Belgrade. On the eve of that day we had a dress rehearsal. But that day, when I ran to the stadium, to the athletic track and had to say the text, I was overcome by a huge nervousness. I couldn’t remember a word. People comforted me, and said that it would be all right – says Slobodan. 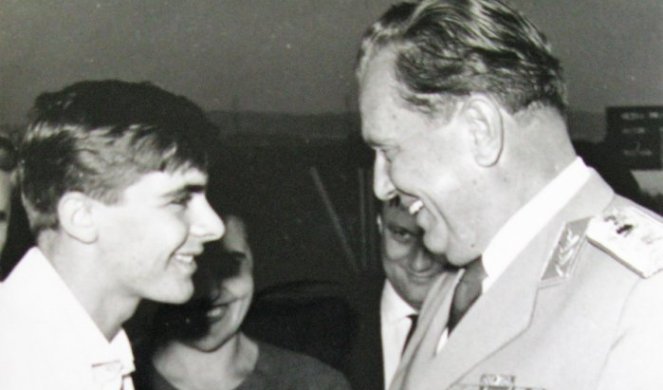 And the next day, when that day came, Slobodan ran with the relay to the athletics track, ran over the improvised bridge, which was held by uniformed “difovci” in sports equipment, and stood in front of Tito on a small podium.

– When I saw Tito, the nervousness disappeared. He had something in him, to break everyone’s fear, to defrost it. “Dear comrade Tito, I am handing you the baton of youth, with which the youth of Yugoslavia congratulates you on your holiday”… that is how the text went. When I finished without a problem, I handed over the baton. And then, suddenly, out of protocol, Tito leaned towards me, hugged me and kissed me. I was surprised and that was my favorite moment – said Slobodan and added that he kept that text for a long time, but over the years he got lost somewhere and could not find it.

Tito hugged him outside the protocol, giving him a gold watch

When he finished handing over the baton, he returned across the same bridge, and finally, downstairs, waited
it was Stanka Laković, a pioneer and a national hero, who handed him a bouquet of daffodils. He went with the flowers and sat in the box with the other leaders. He was at a reception at the White House in the evening. Then Tito handed him a gold watch with a dedication, which he still jealously guards today.

– I wouldn’t sell that watch to anyone. The watch was made by a Swiss company, which makes gold watches only to order. On the background of the watch is the signature “Tito” – says Slobodan, while the watch is next to his hands.
After that event, he returned to Uzice and continued with his daily life. 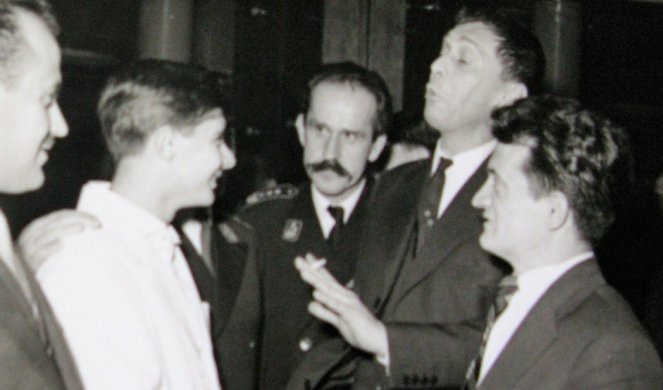 – I returned to the factory, I was not conceited at all, and my popularity among young people, especially among girls, increased. I was young, so I didn’t know how to use it – adds Slobodan jokingly.

That event only encouraged him to finish the Technical High School, and then the higher one, in order to eventually be a propulsion engineer. He spent his entire life in a factory. He retired in 2005.

The first meeting in 1946, Tito’s wolf took the ball from him

Slobodan had his first meeting with Tito at the age of five. That was in 1946. He stayed with the other orphans, children who lost their parents in the war, in the villa “Golija” on Zlatibor. He remembers that they had one rag ball with which they played, and that ball was lost. 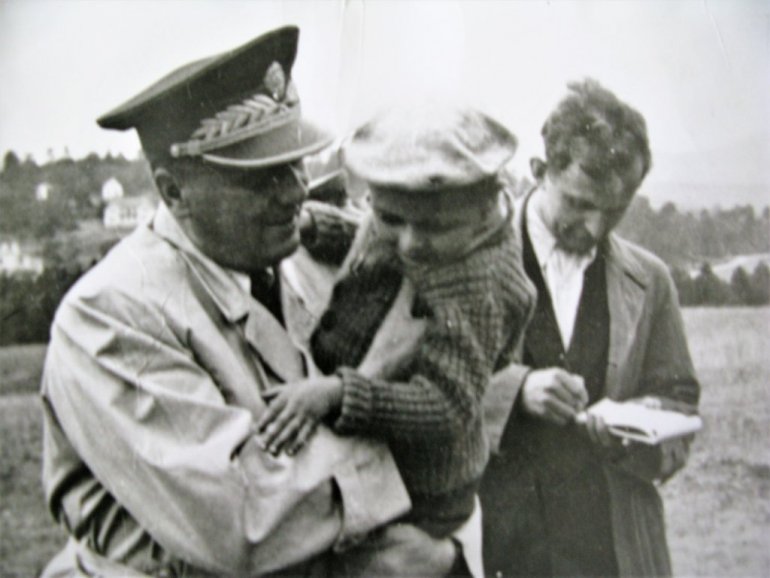 – And then Tito came with his German shepherd, who was carrying that ball in his mouth. Tito was then staying at his villa on Zlatibor and found the ball while walking with his dog.

He came to us in “Golija” and when I saw the dog carrying the ball in his mouth, I started crying. Then Tito took me in his arms. It was filmed by Užice photographer Lazić. And in 1961, I talked to Tito about a rag ball. He was very communicative – Slobodan added. 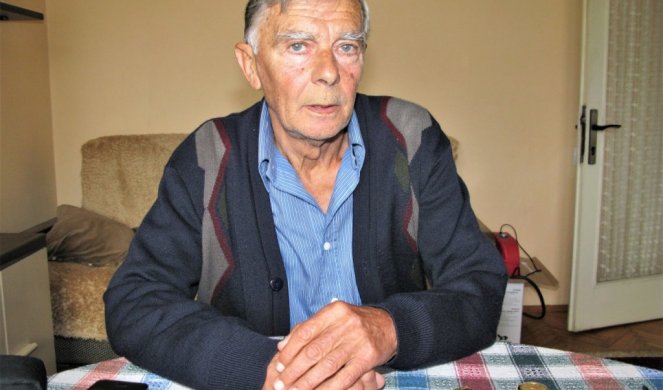