TOMORROW IS THE FIRST DAY OF PAYMENT OF MONEY FROM THE THIRD AID PACKAGE! It’ll final till December, and right here is WHO WILL GET AND HOW MUCH! 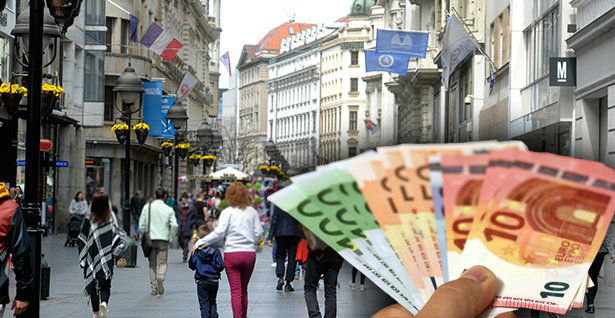 The total value of the third aid package is 266 billion dinars, and what has been realized so far is: payment of 3 minimums for more than 1.2 million citizens, 60 euros for the unemployed, the first 30 euros for 5.7 million citizens and 3,000 dinars for all vaccinated.

Payment of the minimum for freelance artists in early August

On August 6, freelance artists will receive the last installment of a minimum of 30,900 dinars. We remind you that this help can be received only by independent artists whose status has been determined by a representative association in culture.

Namely, this decree was adopted in April, when it was prescribed that two minimums would be paid to them (in July and August). Funds are allocated for each employee for whom the business entity paid the salary for December 2020 and submitted the appropriate tax return.

For pensioners, the first payment of 50 euros in the fall

The state will make pensioners happy with additional money in September, when they will receive another 50 euros, so with the payment of 50 euros, the total assistance for the oldest citizens will rise to 110 euros, including those 30 euros.

All citizens of Serbia will receive another 30 euros in November, and as the President of Serbia Aleksandar Vucic said in the previous days, due to the budget surplus of more than 200 million euros expected in July, the state will be able to pay another 20 euros to all citizens, and they will receive that money in December, which is the last giving from the state package. An additional application is required for the last 20 euros.

In the previous period, the money was also provided for vaccinated citizens, who received at least one dose by March 31, and the amount of payment was 3,000 dinars.