VIOLENT WILDLY WONDERED IN INDJA First, they hit a immobile younger man with a desk within the head, after which kidnapped one other, beat him up and set his garments on hearth. 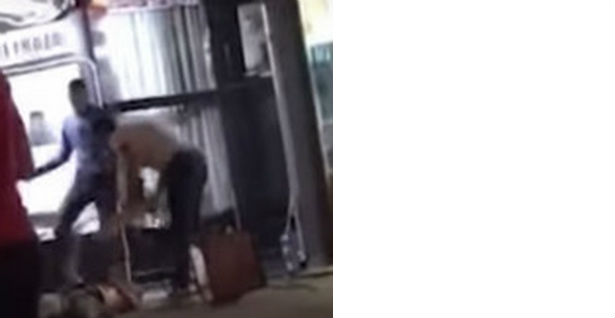 VIOLENT WILDLY WONDERED IN INDJA First, they hit a motionless young man with a table in the head, and then kidnapped another, beat him up and set his clothes on fire.

A group of young men went wild in the night of July 3 in Indjija. After they took part in a fight in which they hit a motionless young man in the head with a table, they dragged another guy (18) into a car, beat him, took off his clothes and tried to extort money from him.

LN (20) and UP (20) from Zemun and AL (18) from Stara Pazova are charged with dragging an 18-year-old boy into their “alfa romeo” car with two other men, who are being intensively searched for, and several times they hit him, took off his clothes and burned him, and then took his watch and wallet, demanding that he pay them 2,000 euros later. He was slightly injured on that occasion.

Previously, the five, as it is suspected, fought with several young men in the center of Indjija, near the place where the eighteen-year-old was.

In that fight, four people suffered minor bodily injuries and were given medical assistance.

The police will file criminal charges for the crime of violent behavior against a 17-year-old and a 28-year-old man from Indjija, who participated in this fight, with the competent prosecutor’s offices.

The three arrested were detained for up to 48 hours, and they will be brought to the Higher Public Prosecutor’s Office in Sremska Mitrovica, along with criminal charges.