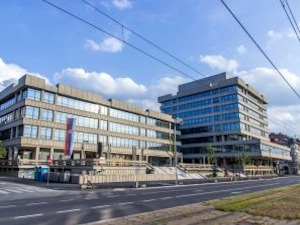 At the hearing, the suspect defended himself that he did it because of the heat and because someone is constantly following him, and because of this kind of defense, the prosecution intends to order his psychiatric expertise, Tanjug has learned.

Detention was proposed due to the danger of escape, because the Chinese citizen does not have a registered residence or stay in Belgrade.

His minor son, who was with him during the commission of the crime, was taken over by the Directorate for Foreigners and the Center for Social Work, the prosecutor’s office told Tanjug.

He is charged with the criminal offense of Violent Behavior.

One of the passengers managed to snatch his hammer, and he then fled.

With the quick intervention of the police, his son and he were found in Požeška Street at the bus turnpike, where the Chinese man was arrested.

The Newest Disease Detection Tool for Covid and Beyond: Poop

Two Albanian children go missing, suspected of being abducted by their father in Germany – Latest News