A helicopter crashed in Russia, killing one individual 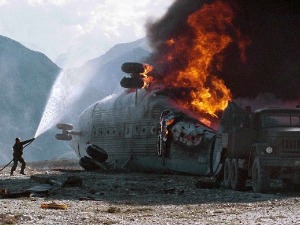 “According to preliminary data, the crash of the” Robinson “helicopter near the island of Mudzhug in the Arkhangelsk region was reported at 9.25 pm Moscow time. The helicopter took off from Vaskovo airport in that region, and as a result of the accident, one person lost his life and two were injured and one is listed as missing, “the statement said.

According to the announcements of the local emergency services, the accident was reported by a fisherman who was watching the fall.

“The first data show that there was a pilot and three fighters in the helicopter,” said an unnamed source.

An investigation has been launched due to the suspicion that there was a violation of the rules on safe flying.

Cindy gave the news that she finally left “Match”

Record number of immigrants from Morocco to Spain – Latest News