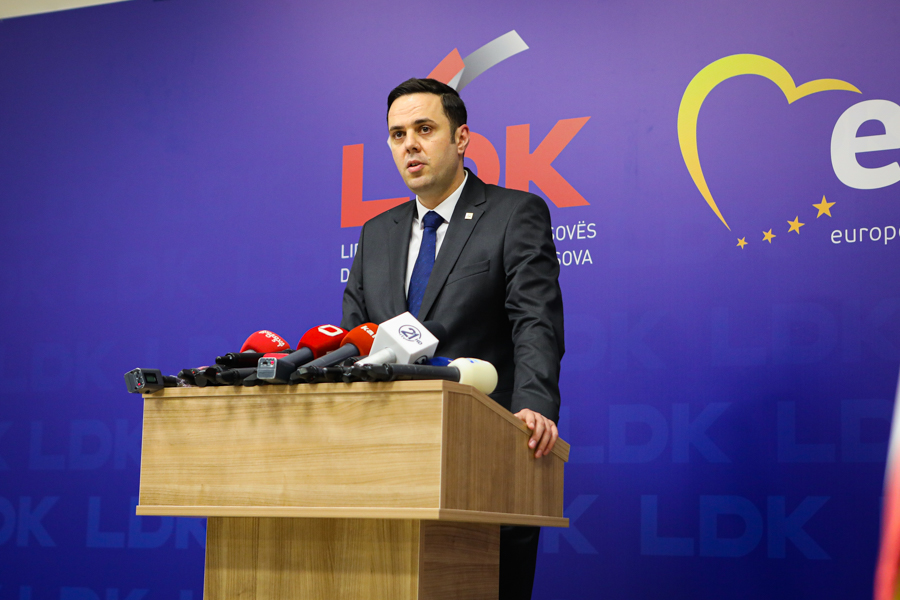 The President of the Democratic League of Kosovo (LDK), Lumir Abdixhiku at the roundtable organized by the FOL Movement has addressed criticism of the Kurti government, which according to him have poorly started the most executive work.

“Unfortunately, this government has shown for Kosovo that it has the weakest start. From participating in the elections in Albania, to the messages they are sending abroad. “There is an inexplicable arrogance that will naturally boomerang back in time,” he said.

Abdixhiku in the debate “Speak openly” also said that the whole cabinet of Kurti is weak and that they have a serious lack of representation of ideas in public.

“The whole government cabinet is weak. Some of them were former directors in the Municipality of Prishtina and we have seen their work. Serious lack of representation of ideas in public. Anyone who reads the governing program understands how dry it is. “It is a government of practitioners and not a government of the best men and women of the country who must lead bravely”, added the chairman of LDK.

He said that LDK will not behave like Vetëvendosje in opposition.

“LDK has made clear its governing position. LDK does not participate in the dialogue, LDK has submitted a document that can help you, because you do not know. This government is unprepared to take part in the dialogue. We have a government that has no political position on dialogue. In the meeting with Kurti, I asked him to have a clear political position because I have to present it to the citizens, civil society and experts. The document we have submitted contains some principles around which Kosovo should be brought, not to discuss Kosovo but to discuss with Kosovo as a party. Kosovo to respect the ICJ decision regarding its status. “There should be full confirmation of the government that the issues of territorial organization will not be discussed in dialogue”, said Abdixhiku.