ANOTHER ATTACK ON THE PROPERTY OF THE RETURN PUMPALOVIĆ FAMILY! Petković: These aren’t remoted incidents however ethnically motivated assaults on Serbs! 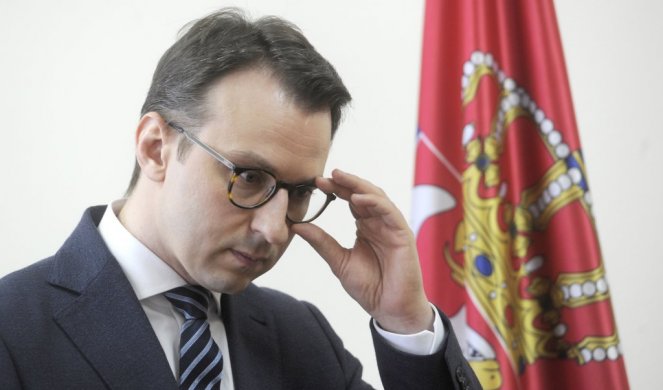 He stated that the attack and yesterday’s stoning of the church of St. Petka in Kosovska Vitina were not isolated incidents, but that it was a series of ethnically motivated attacks on Serbs, their property and SOC temples in Kosovo and Metohija.

Petković emphasized that the incident in the village of Dubrava was “a drop that overflowed the glass” and that it was the fifth attack on the property of the Pumpalović family, and that the church of St. Petka in Kosovska Vitina was stoned on the same day.

“This is the eleventh attack on the temples and monasteries of the Serbian Orthodox Church in Kosovo and Metohija. After only a few hours, the latest attack on the family houses of Radoje and Milan Pumpalovic from Dubrava took place.”, said Petkovic.

Petkovic said that the second reason was that the Serbs who returned were intimidated and expelled by burning and breaking into their houses and stealing their property.

He warned that these were not isolated incidents, as he usually represents the Kosovo police, but a series of ethnically motivated attacks on Serbs, their property and SOC temples.

He assessed that the policy of impunity by Pristina encourages Albanian extremists to continue attacking Serbs, their houses and temples, and that Albanian extremism directed against Serbs is further fueled by daily war-mongering policies from Pristina and speeches against Belgrade, the Serbian people in Kosovo and Metohija, dialogue and community formation. Serbian municipalities.

“The state reacts most strongly, we have sent official letters to other international missions and institutions, as well as to Brussels, because the attacks on the Serbian people in Kosovo and Metohija must finally stop.”, said Petković.

Haradinaj presents the next candidate for the Assembly of Prishtina