: Applause in Pula for the movie “South Wind 2: Acceleration” 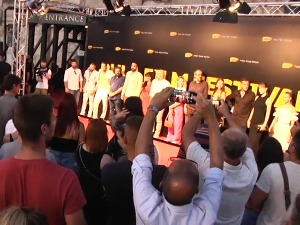 Long queues for photography with Miloš Biković and his colleagues on Monday night in front of the Pula Arena, and tickets for world premiere of South Wind 2: Acceleration, directed by Miloš Avramović, were sold out seven days before the screening.

This was the first meeting with the audience for the author’s team of the film, which greeted the continuation of the great film hit, after which the TV series was made, with a long applause.

“I looked at the audience for the first time now and I see that they react very nicely and that they liked it. I am very glad about that and I hope that this is the beginning of a wonderful journey for this film and that it will be just as exciting as the film itself, “Bikovic pointed out, talking about his impressions from the premiere.

In the continuation of the film, Petar Maras uses the advantages of the acquired status of the leader of the Serbian underground and tries to invest the illegally acquired money in legal affairs, but the circumstances regarding his brother will force him to change his plans.

The film abounds in action scenes and is more production demanding so that it fully justifies the subtitle Acceleration.

“We wanted to change a lot of things, to make a different film from the first part, not to rely on one and the same proven thing, but we really wanted to do something different and go one step further,” explained director Miloš Avramović.

On the occasion of the premiere of South Wind 2 in the Serbian Cultural Center in Istria, in cooperation with the Film Center of Serbia, a reception was organized at which the impressions after the screening were summarized.

South Wind 2: Acceleration is the only film from Serbia in the International Competition Program of the 68th Pula Festival, and who will be the winners of the Golden Arenas will be known on Friday, July 23.

“Among the most frequent and best blessings we have from our parents”, Mozziku wishes the holiday with a family photo

Kadaj-Bujupi: We finally have a Government that emerges superior in dialogue with Serbia – Latest News