By the top of the day, all pensioners and customers of the PIO fund will obtain 50 euros every 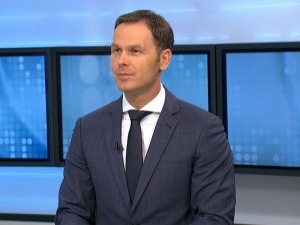 The Minister of Finance, Siniša Mali, said that some pensioners received their financial aid yesterday.

He pointed out that by the end of the day, the money will be in everyone’s account, and that it is a huge help for the oldest citizens.

“This is part of the third aid package – another promise we are fulfilling today. Considering that we gave the payment order yesterday, some pensioners already received the money yesterday. So the one who didn’t get it will get it today. Somewhere around 1, 7 million pensioners and pension beneficiaries, so there are also beneficiaries of family pensions and so on, will receive this money, “said Mali.

He reminded of the previous payments, which were aimed at mitigating the consequences that the coronavirus pandemic caused to the oldest citizens.

He specified that it is a total of 59,000 dinars of aid to each pensioner during the 18 months of the pandemic, and that it is part of the third aid package of eight billion euros to help the economy and citizens.

We have saved our economy when it comes to kovid, Mali pointed out and added that a total of 9.9 billion dinars will be paid today.

“This help is really an indicator of our strength, our situation in public finances is very stable and we have money, we have shown how strong the state is, and we want to help those who are most endangered, they are certainly our oldest fellow citizens,” said Mali.

Commenting on the criticism of the financial aid to the citizens, the Minister emphasized that at this moment we have no need for borrowing.

“At this moment, we have 257 billion dinars on the account of our budget … Our public debt is 55.5 percent, below the Maastricht level of 60 percent, which is reserved for the EU,” said Mali.

He points out that our economy “works much better” than planned, and that the money helps citizens.

He reminded that all adult citizens will receive another 30 euros of help in November, for which it is not necessary to re-apply.

The aid of 20 euros will be paid in December, and from November 15 to the end of that month, those who have in the meantime become adults and those who have not previously applied for the “30 plus 30” aid will be able to apply for it.

Everything that will happen today in Kosovo – Latest News