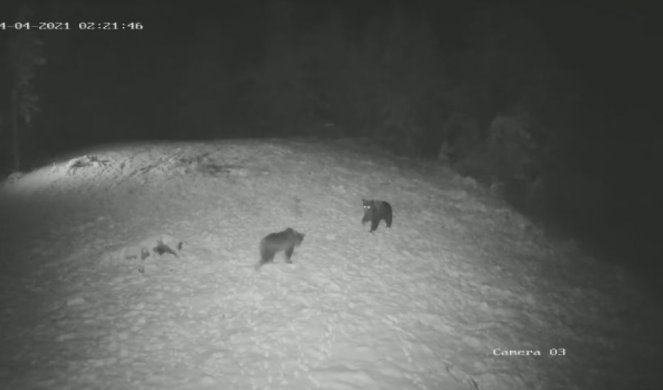 “When Milos was marked in the association, we joked that we adopted him and that we had to marry him. It seems that he did it now, found his partner and came to the feeder with her. He had a feast, corn on the menu, and he will have to take care of the rest himself, “said Vjekoslav Joksimović, president of UG” Jadovnik “, with a smile.

Bear Miloš was marked on Jadovnik in 2017, and after him last summer, the bear Bor also received a necklace. However, he moved from Jadovnik to Tara and was there in the winter quarters.

“The bears woke up from hibernation by the beginning of March, but the winter lasted, which makes it difficult for them to search for food in nature, because the areas are under snow and that is why they are constantly at the Kashan feeding ground. We regularly bring them corn there, and the arrival of four or five individuals has been recorded. We usually distinguish them by size, because the night shots are in question and the differences are minimal “, says Joksimović.

The formation of feeding grounds on Jadovnik is not only of great importance for these large animals, but also for the inhabitants of the nearby mountain villages, since until 2009, bears caused considerable damage to households whose owners are engaged in beekeeping.

Miroljub saw a broken door on the barn and a sack of corn pulled out: He went inside and was SHOCKED WHEN HE REALIZED WHO WAS VISITING HIM DURING THE NIGHT 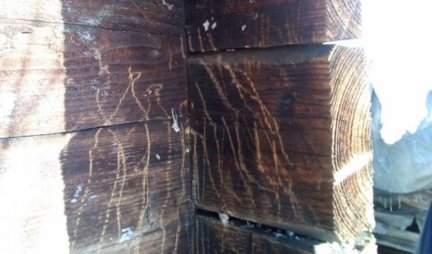 They rented a cottage with a beautiful view, and then one morning they SEE A SCENE IN FRONT OF WHICH THEY DIDN’T HOPE IN EVEN THE MOST CRAZY DREAMS / VIDEO / 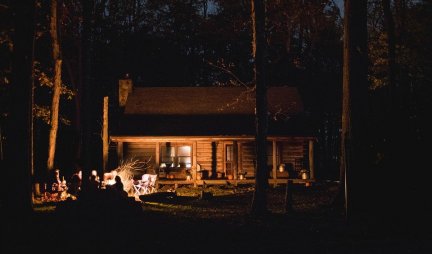 “After we started exporting food to Kashan, the bears did not do any damage in this territory. They have an incredibly refined sense of smell and so they set off in search of food. They can feel it even in a tin can. It happened that some fifty meters from the feeder they smelled corn in a sack and ate it. When they have nothing to find to eat, they descend into civilization and that is why the formation of a feeding ground is very important “, emphasizes Vjekoslav.

Having in mind the habits of bears in Western Serbia, it is obvious that the old Serbian saying that “the host must feed the family in the house, the cattle in the barn and the beasts in the forest” makes a lot of sense.