Defeat of Serbian basketball gamers from Belgium in an unsure ending 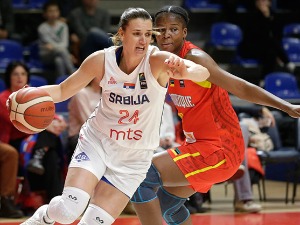 In a very uncertain match, Marina Maljković’s team had the advantage for the most part, even double-digit in the first half (25:37).

In the end, he decided the shot for three points by the Belgians, who hit some important shots in the second half, but also a larger number of caught balls.

The winning goal for Belgium was scored by Antonio Delare 23 seconds before the end, and in the last attack, Serbia did not manage to get a chance to shoot towards the basket.

Serbia will play two more matches in Kortrijk – on Saturday against Nigeria, and on Sunday against Puerto Rico, and both duels start at 5 pm.

Marina Maljković’s team is preparing for the European Championship, which starts on June 17 in Valencia.

The Serbian national team will have teams from Italy, Greece and Montenegro in the group stage.

A month later, our best basketball players will play at the Olympic Games in Tokyo, and the opponents in the group stage will be the teams of Canada, Spain and Korea.