DEJAN PETROVIĆ REPLACED THE TRUMPET WITH A ROLLER! That is how the grasp of music kneaded SERBIAN PIE WITH CHEESE on prime of Jelova gora / PHOTO / 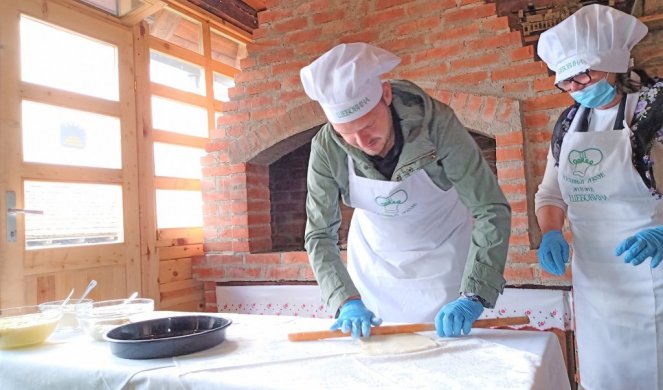 The mayor of Uzice, Dr. Jelena Raković Radivojević, also participated in the promotion, who together with Dobrinka’s son Gvozedna made good old vanilla. Everything took place in a completely ambient space of the household “Šebovina”, and the program “Kihinja moje mame” was organized by the Tourist Organization of Užice.

– I am here on a friendly visit to Gvozden Starčević, known in Užice as Šebo and as the promoter of the “My Mom’s Kitchen” program. Gvozden has my full support, because I was born in the village and I appreciate the people who stayed in the village to develop it, because without a strong village there is no strong state – says Dejan.

He was not informed that a pie was waiting for him, but he did not allow himself to be surprised.

– Since I love the kitchen and to prepare meals, so it will not be difficult for me to prepare anything from traditional dishes from our region. I am an expert here – Dejan added, and then he accepted chef’s hats, aprons and rolls.

Movie scene at 4 am in Uzice! Police released the footage 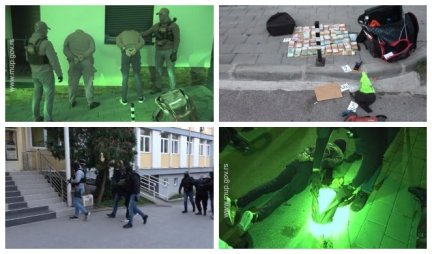 BLOW ON THE HEALTH CENTER IN UZICE More than 60 patients were admitted during the day, more than 18 with a severe clinical picture! 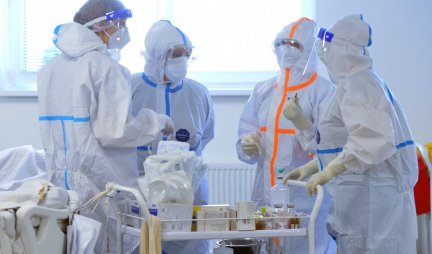 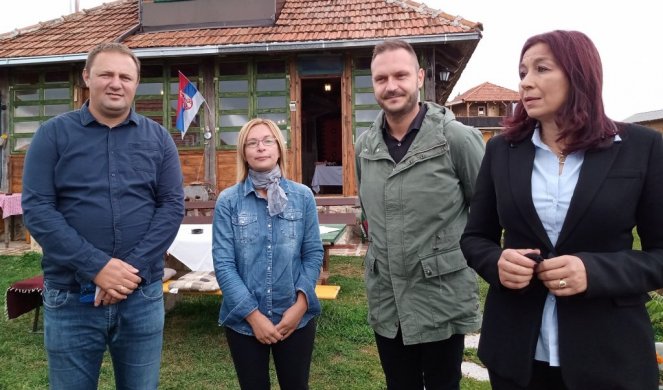 Dejan said that before arriving in “Šebovina”, he stopped by the elementary school where he went to Čakovina and visited students and teachers.

– On this occasion, I would like to appeal to the mayor and the Ministry of Education to renovate the school so that children have the same conditions as children in the city – said Dejan.

Side by side with Dobrinka, he stretched out the pie dough, oiled it, poured a mixture of cheese, cream, milk and eggs, and then skillfully folded it into a pan in a circle.

The other team included Mayor Jelena and Gvozden. The mayor also accepted the rolling pins, developed the dough, and together they took out the vanillas with a mold, then combined them with homemade plum jam, baked them and finally rolled them in powdered sugar. 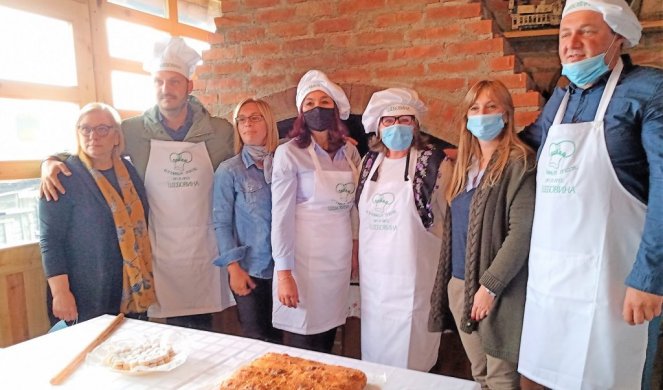 – The Starčevićs made this place a real paradise. Gvozden and his wife Dragana are young educated people, who have just chosen the village as a place to develop their business. Not only to develop tourism, together with TO Uzice, they created the program “My Mom’s Kitchen”, as a promotion of traditional dishes. This can serve as an example to other households in this area and in Serbia – said the mayor and added that the city leadership remains to nurture our villages by developing communal and road infrastructure.

The director of TO Uzice, Danijela Djordjevic Arsic, said that this program “My mother’s kitchen” includes making shows in rural households that deal with rural tourism, and that this is just the beginning of marking the World Tourism Day, which is on September 27.

– The goal of this program is to promote traditional cuisine and rural households that are engaged in tourism – said the director of TO Uzice. 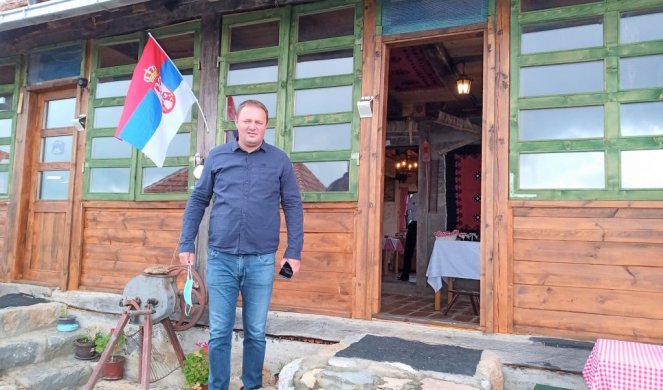 Gvozedn Starčević, the host of “Šebovina”, says that he has been preparing this household for tourism for 14 years.

– My parents returned to the village, both my wife and I, although I work in Užice. The wife was a bank clerk and left her job. On my grandfather’s side, I now have 17 categorized beds in 5 buildings, a “Russian spa” – sauna and jacuzzi, a children’s playground, an outdoor pool, raspberry orchards, blackberries, greenhouses, pigs, chickens and an orchard.

The houses were transferred from several parts of the Zlatibor district, three are old from before the First World War, and two are from the fifties. Everything is in the tradition of the Serbian people, even the kitchen that is from our property and from relatives from this area – said Gvozden and added that this household started working on May 1 this year and that about a hundred guests have passed so far. 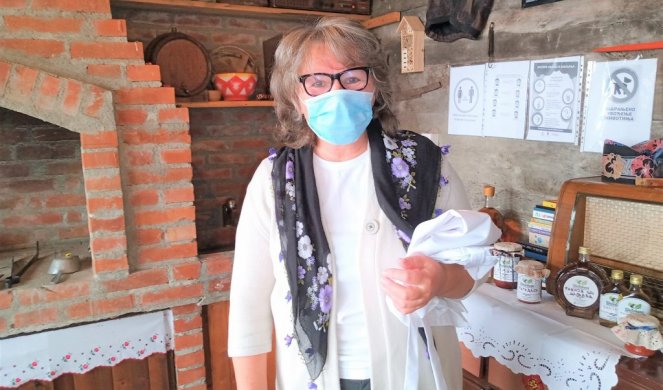 Mother Dobrinka says that guests on the menu can expect whatever they want from food, pies and cakes. Dragan’s wife is in charge of the household, she also helps in the kitchen, she welcomes guests. Although she sometimes has her hands full, she is satisfied with everything they have done so far.

Lenjani contributes with an assist in the draw of Grasshoppers against Lugano, Abrashi and Hajrizi were also activated in the match – Latest News